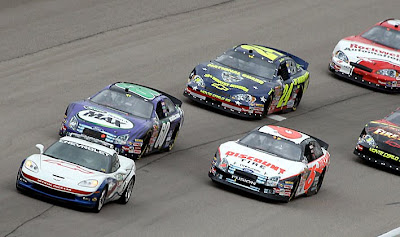 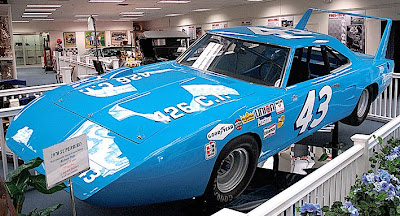 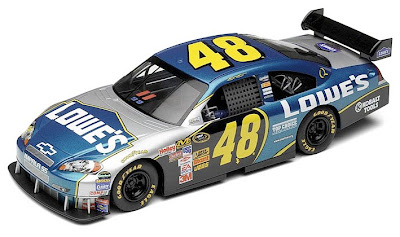 Today’s the day back in 1947 when NASCAR (North American Stock Car Auto Racing) was founded, its headquarters in Daytona Beach, Florida. Since then NASCAR has become an American institution, second only to US Football on the TV ratings charts. Races are shown in more than 150 countries and 75 million fans purchase more than $3 billion USD (£1.84 billion GBP) sponsored products - from T-shirts to diecasts - every year.

And among those sponsored products are the NASCARs marketed by the Hornby-owned model racing outfit, Scalextric. These are all to 1:32 scale and these days many of them are miniature masterpieces in their own right. Long gone are the days when a Scalextric car was little more than a crude electric toy - now you can display them as beautiful models when you’re not trying to overtake on the straightaway.

Several NASCARs are available from Scalextric, but SMN’s choice is the handsome 2009 series Chevrolet Impala, shown above. It’s nicely detailed, with sponsor ads that look accurate, and are applied well. The wheels are true to prototype, and the air dam in front and spoiler at the rear both look good.

Not that there isn’t room for us model fans to improve things - a whiff of airbrush to add some weathering, some finishing work on those wheels and careful interior detailing would help to bring this mini-racer to life, as would roof antennas and airflow splitters.

The Chevrolet Impala is available direct from Scalextric here, or at a considerable discount from Amazon here. Note some mid-season marking changes here.