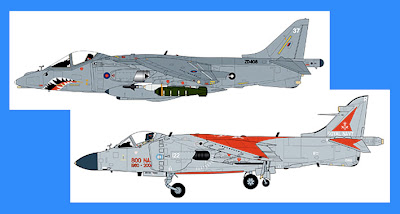 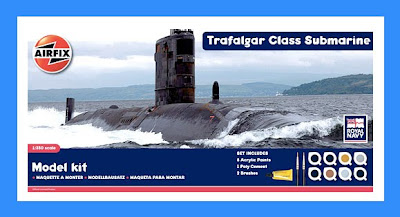 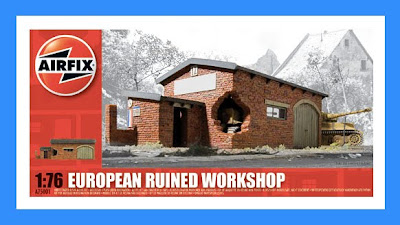 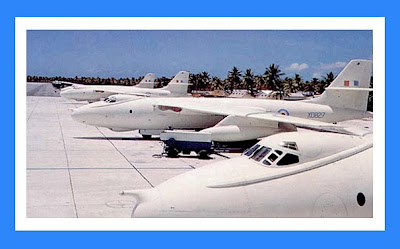 The SMN crew trust you had a good Christmas break, and offer you all best wishes for a great model making year in 2010.

And the manufacturers have some cool new items on the stocks, ready to tempt us in the months to come and to start, here's a look at some of the kits coming down the road from the revitalised Airfix.

If you’re an Airfix Club member then the ‘Club-only’ kit should be interesting. The box contains a pair of 1:72 scale V/STOL Harriers, a Harrier II GR7 and a new-tool Sea Harrier FA2. They will make a handsome pair that will look good on display together.

For ship fans, Airfix will be releasing a 1:350 scale Trafalgar class submarine. There are six remaining boats in the fleet (one was decommisioned in November 2009) three of which are fitted with the 2076 sonar, reckoned by the Royal Navy to be the most advanced such system in the world. The Airfix sub scales out at some 244 mm (9.6 in).

Military 1:76 scale enthusiasts will find the Ruined European Workshop useful for diorama scenes, while aircraft model makers will be lining up round the corner for the 1:72 scale Vickers Valiant jet bomber. This was the first of Britain’s V-bomber nuclear strike bombers to fly, back in May 1951, and was in service from 1955 until January 1965. The rather plain-Jane Valiant has not been a star on the model front, so this Airfix kit will fill the gap for many model makers keen on aircraft of the Cold War years.