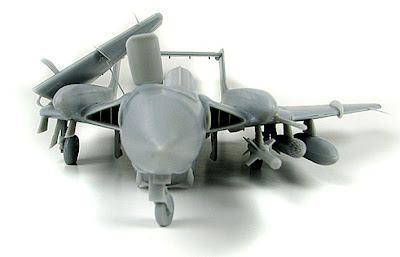 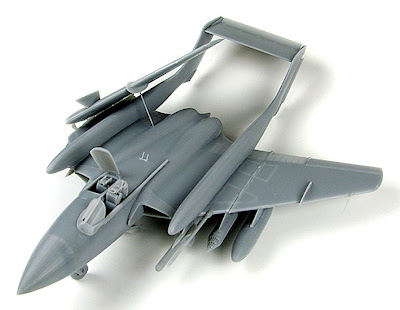 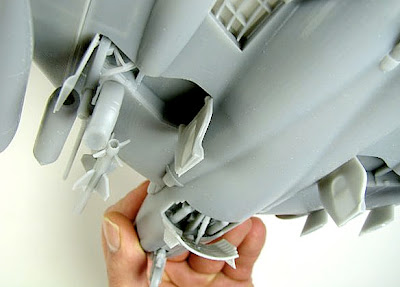 Here’s a tasty preview from Airfix of the upcoming 1:48 Hawker Siddeley Sea Vixen carrier-based jet. Due out in September the Sea Vixen is shown here in prototype form, created by an interesting machine that many of us would like in our back room.

The video was shot last year and shows the bulky twin-boom Sea Vixen very well indeed. One last point - despite appearances, it was a two-seater. The pilot sat under the offset canopy, while the observer sat to the right inside the fuselage, tucked away in a compartment nicknamed the ‘coal-hole’! You can see this clearly in the third picture above, complete with seat. Let's hope Airfix also includes some well sculpted crew figures as well.

The Airfix Sea Vixen is not due until the Autumn, but meantime there is the Xtrakit 1:72 scale Sea Vixen here, where there’s also the Supermarine Scimitar from the same jet era, though note that the caption and pic don’t match up!