IS IT A TOY? IS IT A MODEL? - SCI-FI HUNTER-KILLER FROM ‘TERMINATOR SALVATION’ 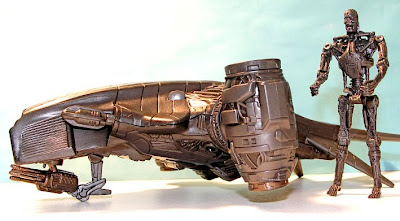 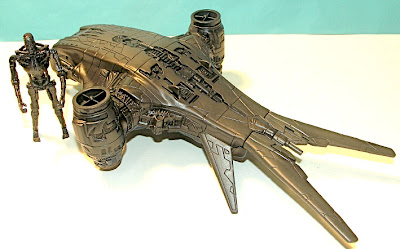 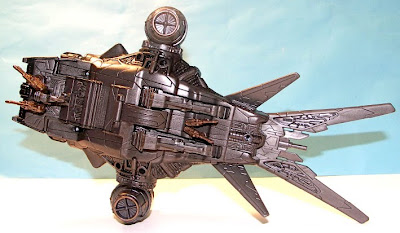 SMN reports
If you’re a sci-fi buff, then the ranks of the mainstream kit manufacturers present fairly thin pickings. Apart from Revell’s Easykit range of Star Wars machinery, there’s not a lot out there.

However, if you widen your horizons a bit and graze the shelves of toyshops, supermarkets and newsagents, then things get a whole lot more interesting. The SMN crew regularly trawls big chains like Toy ‘R’ Us and Tesco, as well as local stores, and what’s on offer can be tasty indeed, especially as these retailers often have deals or special lines to tempt us.

The Hunter-Killer from the movie Terminator Salvation is a case in point. Aimed at the children’s market by Playmates Toys (who launched Teenage Mutant Ninja Turtles back in 1988), it was on offer locally at less than half-price - what a bargain! And even better, it came complete with a 102 mm (4 in) tall T700 robotic figure, making it about 1:18 scale, just right for causing mechanized mayhem to any spare large-scale diecast vehicle you may have parked in your collection. The Hunter-Killer measures a chunky 307 mm (12 in) long, and is a pretty nifty design, waiting for conversion to another futuristic occupation - maybe an autonomous SAR (search and rescue) craft - or maybe we’re just peace-lovers here at SMN.

We’ve a short unboxing video to show you at the weekend; meantime here are pix of what comes out of the box, and very nice they are too. The main drawback from a scale perspective is that much of the detailing is rather heavy-handed, so what we plan to do is give this ‘toy’ a going-over, and see if you agree with the results. Either way, if you’re into science fiction in a big way, then items like this are a win-win buy.

The Hunter-Killer is available at the standard price from various suppliers, including Amazon here.