LUNOKHOD MOON LANDER - THE LITTLE ROVER THAT COULD 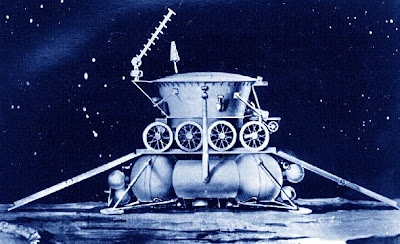 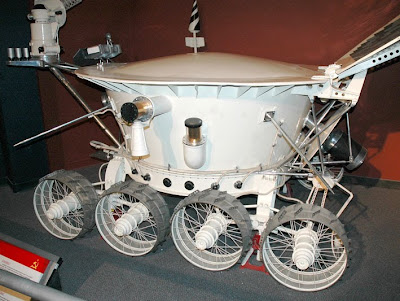 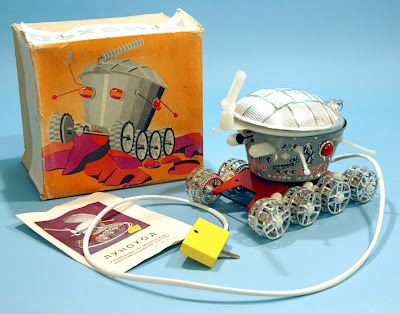 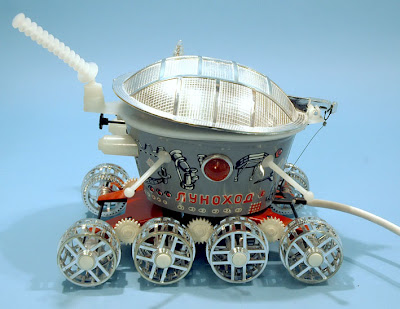 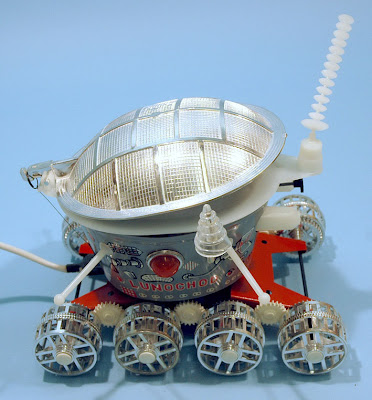 Mat Irvine reports
Today is the 37th anniversary of the second - and last - landing on the Moon by a Soviet automated rover, the eight-wheel Lunokhod 2, taken to the lunar surface by the Luna 21 carrier vehicle.

Following the Lunokhod 1 that landed on November 17, 1970, Lunokhod 2 performed even better, sending back more than 80,000 TV images and travelling nearly 37 km (23 miles) over a period of some four months, until it stopped working. The precise reason for this has never really been determined, but it’s thought that either moon dust covered the radiators and it overheated, or perhaps it fell into a crater - or both.

The Lunokhods (Russian for 'Moonwalker') are arguably the most delightful-looking spacecraft ever designed, fact or fiction. They actually look more as if they were created by Rowland Emett (famed for his whimsical creations) than as working scientific equipment. A Lunokhod would make a great model kit, and although none has appeared to date, there is the terrific battery-powered toy I show here, from the Russian Ogonjek company.

I’d heard rumours of a Lunokhod model kit, and as Ogonjek made kits of Soyuz and Vostok among others, it seemed perfectly feasible - but no one had ever seen one. Then a photo of the box was found, but there were still no details. Finally I managed to get my hands on the real thing, courtesy Tony James of Comet Miniatures in London. The Ogonjek Lunokhod is not a kit, but a toy, and comes with that classic ‘Russian toy’ look. It is motorised (six C-size batteries), and is ‘remote controlled’ via a stout cable - forget radio control!

The original Lunokhod 2 is of course still on the Moon, but it is now officially owned by Richard Garriott, the computer games developer and space tourist, and son of NASA astronaut Owen Garriott. Richard purchased Lunokhod 2 and Luna 21 in the 1993 Sotheby’s Soviet Space Sale in New York.

The pictures show, top to bottom:
1 A Soviet-era drawing showing how a Lunokhod sat atop its Luna carrier vehicle, before rolling down a long ramp.
2 A full-size Lunokhod replica on display at the Cosmosphere and Space Center in Kansas.
3, 4, 5 The Ogonjek Lunokhod, the name applied in both Russian and English, one on each side. The box is a typically Russian item with very basic colours, made from thick, but not exactly sturdy, card.