A NEATLY PRODUCED KIT OF THE FAIREY GANNET PATROL AIRCRAFT 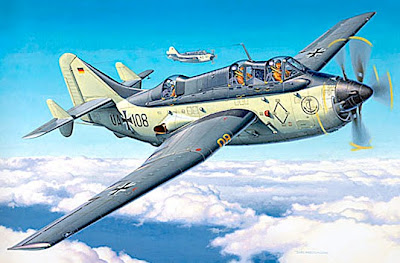 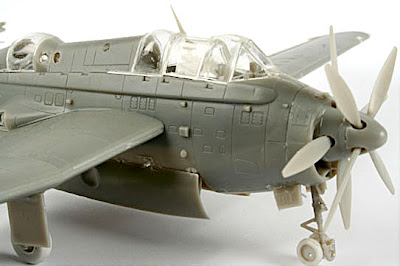 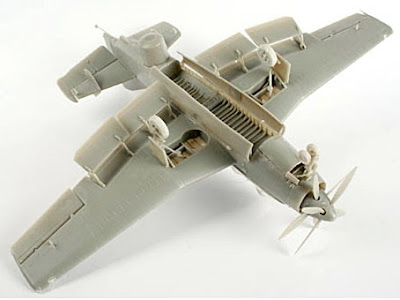 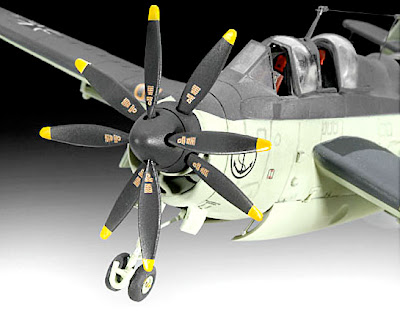 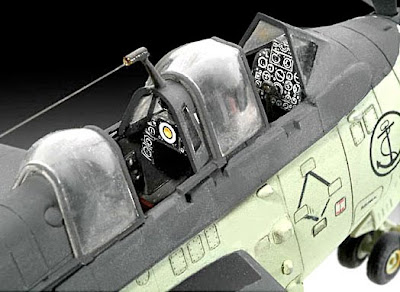 SMN reports
It seems to be something of a Revell week here at SMN, but it's all good news, with this neat 1:72 scale kit a real boon for fans of anti-submarine patrol aircraft.

The Fairey Gannet was a British design that first flew in September 1948, and went on to have a long service history with the air arms of the UK, Australia, Germany and Indonesia.

At first glance the Gannet seems to be a single-engine design, driving contra-rotating props - in fact, it was powered by the Double Mamba turbine, essentially a pair of side-by-side engines driving the props through a common gearbox. The advantage was that on long patrols, half the Double Mamba could be shut down to save fuel and extend range.

The Revell kit is of the AS4 version, with seats for three, and a radome under the rear belly. It’s a new-tool offering, with many of the refinements that we expect of such kits, such as finely-drawn recessed panel detail, decent cockpit equipment including instrument panels and side units, separate ailerons and flaps, plus positionable weapons bay doors.

Despite being a three-seater, the Gannet was not a particularly big aircraft, being designed to operate from modest-sized World War II era aircraft carriers, and the model reflects this with a wingspan of just 230 mm (9.05 in) and length of 187 mm (7.4 in). There are 99 parts, the contra-props rotate, and decals are provided in Royal Navy and Kriegsmarine markings.

An unusual subject and a fine kit available at a very good price. It’s made for carrier-deck dioramas, though you’ll need to add figures and a decent weapons fit, so let’s hope the aftermarket suppliers jump on this requirement very soon.