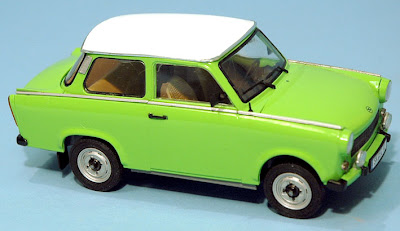 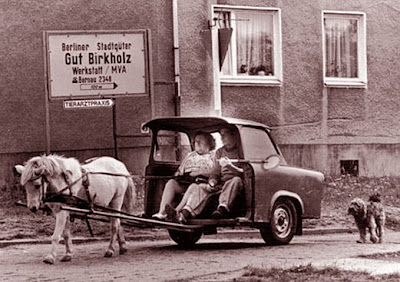 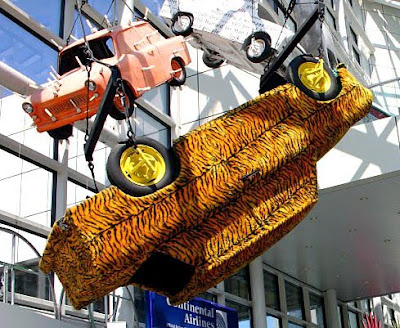 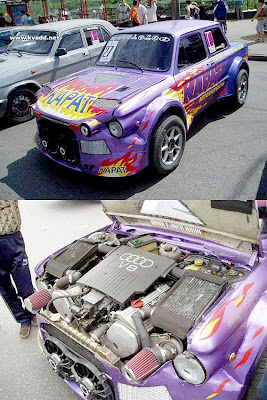 David Jefferis reports
After Mat’s look at the Revell 1:24 scale Trabant (top picture) it seemed in order to trawl around to see what people have done to their East German oily smokers. The Trabi had a 30-year production run and more than 3 million were made, so there have been plenty of opportunities to ring the changes on the old Soviet-era workhorse - and provide food for thought if you’re into custom car kit-bashing.

As the next picture shows, workhorse it was with this Trabi, sawn in half to make a fine pony-and-trap for an East Berlin couple.

The Trabant also attracted the rock band U2, who had custom-painted Trabis on stage for their 1992-3 ZooTV tour. The cars shown now hang in pride of place at the Rock and Roll Hall of Fame in Cleveland, Ohio, US. The RARHOF is highly recommended if you’re into pop music btw.

Stretch limos are a part and parcel of many a partygoer’s ‘big night out’, though whether the average glammed-up girl would rate a Trabi-Stretch is questionable - this one hardly puts a Hummer to shame!

Last but not least, Trabis have even fallen into the hands of the customizers - and if you half close your eyes, this wide-wheel car could (almost) be taken for a 1980s-era BMW 2002.

The Revell Trabant is available from model stores and online suppliers, including Amazon here.