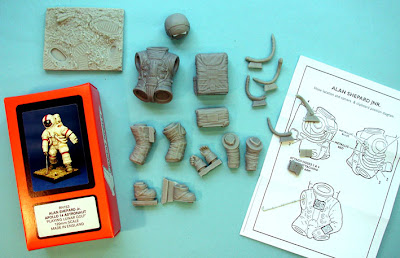 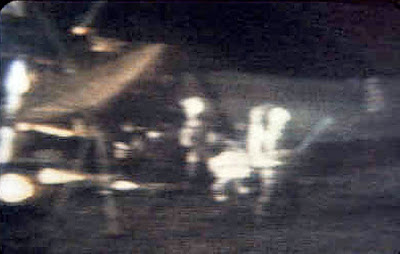 Report by Mat Irvine
Yesterday in 1971 astronaut Alan Shepard Jr performed a sports manoeuvre that has since become a staple pub-quiz question, usually along the lines of: “What is the farthest a golf ball has ever travelled?”. For Shepard was commander of the Apollo 14 Moon mission, and, as a golf fanatic, took a golf club and several golf balls on the journey.

In fact, Alan Shepard didn’t use a whole golf club, just the head of a Number 6 iron, which he attached to the end of one of the mission’s soil sampling scoops. Then he plucked the ball from a spacesuit pocket, dropped it on to the lunar surface and hit the ball - albeit in rather ungainly fashion, as the stiffish suit allowed only one arm to be used for the purpose. It was probably not the ‘longest’ drive ever, but was certainly the ‘farthest’ in the sense that the drive was some 385,000 km (239,000 miles) from planet Earth! Besides the publicity exercise, the shot did have some scientific merit in showing ball behaviour in an airless, one-sixth gravity environment.

The scenario was celebrated some years ago in one of UK-based ReHeat Models’ excellent astronaut figure kits, depicting the actual club-hits-ball moment. ReHeat, which was the brainchild of Mike Holloway, did a number of astronaut figure kits all to 120mm scale, (approximately 1:15), and made from resin. Others included Yuri Gagarin in his Vostok ejector seat, both Apollo 11 astronauts, and John Glenn.

Unfortunately ReHeat is no longer making these astronauts, but the kits are well worth looking out for on web-based auction sites.