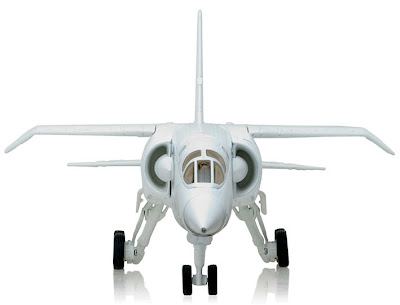 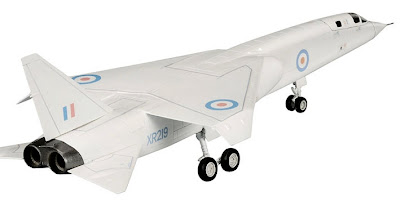 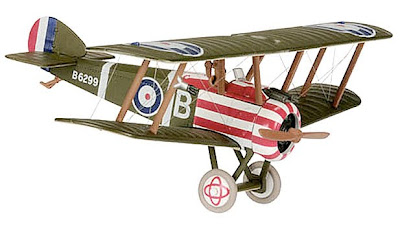 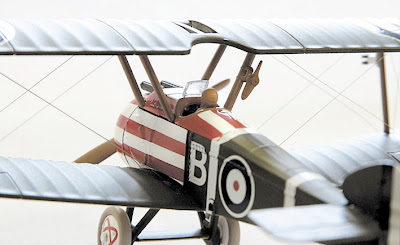 If you like diecast aircraft, then you’ve a chance to add an interesting pair to your collection this month with these two from Corgi, a 1:72 scale BAC TSR-2 strike bomber and a 1:48 scale World War I Sopwith Camel.

We gave a brief heads-up on the TSR-2 on May 30 last year, and here it is, nicely finished in Cold War anti-flash white. Sad to say, the real aircraft became a political victim - despite the prototype XR219 flying in September 1964 and promising to be streets ahead of anything else in the sky, the project was scrapped. Yet in a bizarre twist of incompetence, the swing-wing F-111 ordered to replace it was also cancelled a few years later. So the Corgi model is as much a monument to political uselessness as it is to the diecaster’s art. It looks good though, and is quite a hefty beast, measuring nearly 15 in (380 mm) long.

The Sopwith Camel is an old-fashioned delight, and represents the red-striped aircraft flown by Flight Lieutenant Norman McGregor of 10 Squadron, Royal Naval Air Service (RNAS) in late 1917, a unit that later became 210 Squadron of the fledgeling Royal Air Force (RAF) in April 1918. Corgi’s model shows off one advantage that ready-builts have over kits - the wire bracing is beautifully presented, and done so exactly that it challenges all but the most skilled model maker to beat the level of precision - certainly this reviewer couldn’t begin to match it.

To 1:48 scale the Camel is big enough - the wingspan is 180 mm (7.1 in) - to make a fine desk-top model, and with some careful weathering would look very fine in a mud-and-bullets World War I diorama setting.

You can buy the Corgi TSR-2 at a discount here.