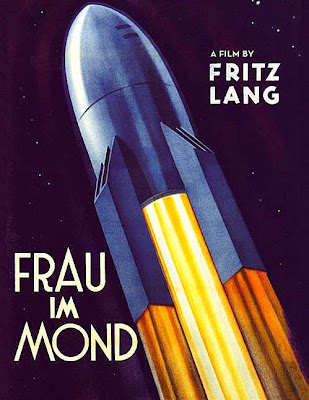 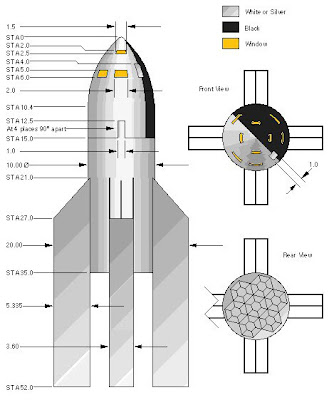 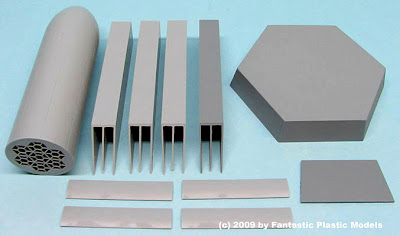 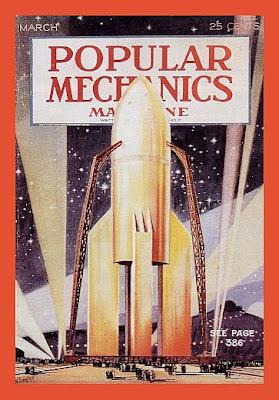 Here’s another fictional space subject from our friends at Fantastic Plastic. It’s a kit of the rocket Friede from the 1929 Fritz Lang movie Frau im Mond (Woman in the Moon). As Fantastic Plastic puts the story:

“In 1927, in the wake of his stunning success with his sci-fi opus Metropolis, German director Fritz Lang decided his next movie would be a sprawling silent melodrama based on mankind's first trip to the Moon. To make his movie as technically accurate as possible, Lang enlisted the aid of already-famous spaceflight cheerleader Willy Ley who, in turn, corralled Romanian-born rocket pioneer Hermann Oberth into the project. The centerpiece of Lang's new feature... was the spaceship Friede (named after the movie's titular character), based on the Modell E rocket from Oberth's treatise Die Rakete”.

The movie was not a great success, coming out as a silent flick just as the first sound movies were hitting the screens, but the Friede did influence one very important young space enthusiast: Wernher von Braun, who went on to develop the V-2 rocket and later, the Saturn moonflight program.

The kit is produced to Fantastic’s usual high resin standards, to a scale of 1:288. There are just 11 pieces, which must make it one of the simplest kits around, but none the worse for all that. For anyone with an interest in science fiction and early spaceflight, it’s a must-have for the collection. You don’t have to finish it in bare-metal shades either - as you can see above, Popular Mechanics magazine chose a splendidly garish yellow-orange for this fictional big bird.

The kit is coming in March from Fantastic Plastic at $70.00 USD plus shipping.

The pictures show, top to bottom:
1 Original movie poster.
2 Three-view plans for the rocket.
3 Parts of the kit, all 11 of them.
4 Magazine jacket shows the rocket at the launch pad. Incidentally, the movie introduced the idea of the countdown to liftoff, a space first.