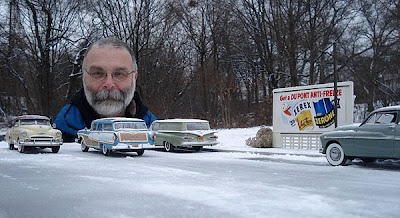 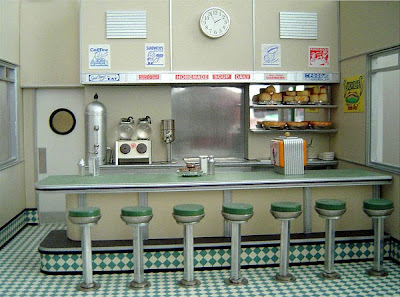 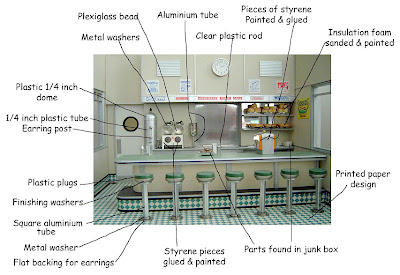 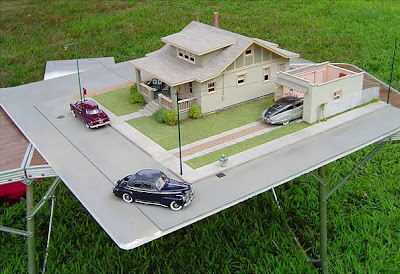 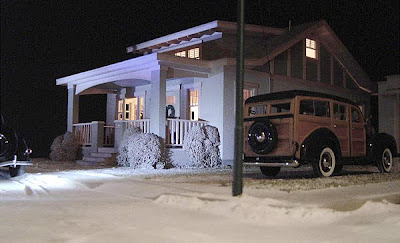 Here we have scenes from a 1:24 model zone called Elgin Park by its creator, US model maker Michael Paul Smith. He’s built a miniature town to precision standards, and best of all, has the photographic skills to create believable super-real pictures that would have all but an expert fooled.

The diner interior is one of SMN’s faves, as it’s made from just about every item from a box of bits like the one that most of us keep. He’s even used part of an earring as a delivery tube for the hot water urn. The night shot has a dusting of snow and Michael’s prowess with the camera is evident from the careful lighting and depth of field - we’re also assured that these are all ‘real’ shots, where Photoshop has not been used to slot backgrounds into place - which makes the whole thing more remarkable.

There are more pictures at Michael’s Flickr Photostream, where you can also spot Mr and Mrs Robby Robot, and their son, Robby Jr - just great!