REGGIANE Re 2002 FIGHTER-BOMBER FROM TAMIYA OUT OF ITALERI 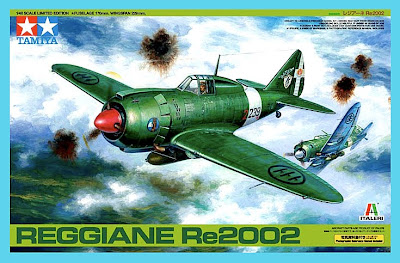 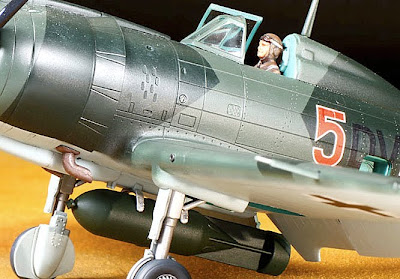 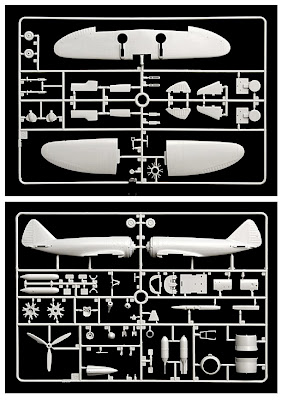 Tamiya’s version of the Italeri Reggiane 1:48 scale Re 2002 Ariete (Italian for ‘battering ram’) is a neat addition to the Japanese company’s World War II collection. Tamiya has incorporated a neat diorama mini-display, in the form of a group of fuel drums and jerry cans, plus other small items. There’s also an extremely good seated figure, so the cockpit now has a realistic occupant, ready for action.

Tamiya has included Italeri’s neat 48-page reference manual, which is a good one: a decent read in its own right, and full of useful information on this comparatively undocumented aircraft. The four-gun Re 2002 had a fairly short combat history with Italian forces, as the aircraft - a development of the earlier Re 2000 Falco fighter - only started to see action in March 1942. It was used against the Allies for about 18 months, until the Italian Armistice was signed in September 1943. The German Luftwaffe rated the Italian machine however, and pressed 60 or so Re 2002s into service. Tamiya has provided several sets of decals, including markings for a Luftwaffe machine, as well as for Italian-flown aircraft.

All in all, a useful addition to the ranks of 1:48 scale kits, and one that complements rather than replaces the Italeri version. It’s interesting to see linkups between manufacturers across the globe, and ones where basic kits are improved and added to, rather than being simple reboxed clones. As a diorama fan club, the SMN crew really likes a simple but attractive item like the fuel drum set. Next up, let’s have a group of Italian aviators enjoying a pre-flight bowl of pasta.

The Tamiya Re 2002 will be available shortly. Meantime, the Italeri version is available already here.
Email ThisBlogThis!Share to TwitterShare to FacebookShare to Pinterest
Labels: 1:48 scale, Italeri, Re2002, tamiya
Newer Post Older Post Home