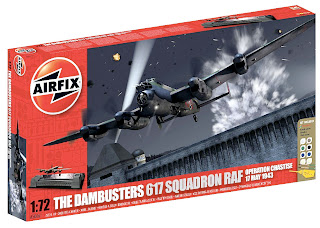 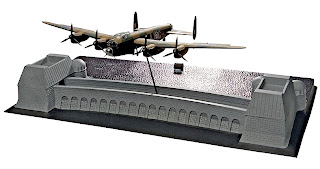 David Jefferis reports
Airfix takes us back to the night of May 16-17, 1943, and the classic raid ‘Operation Chastise’ on German dams in the Ruhre river valley. The aircraft featured is a 1:72 scale Avro Lancaster, containing 125 parts and a wingspan of some 430 mm (16.9 in).

There are plenty of Lancs around from manufacturers that include Revell’s 1:72 version, but Airfix is the granddaddy of them all, with its first kit dating back to the early 1960s. This ‘Chastise’ edition is considerably better than that early kit (and so it should be!) but still features a not-quite-right fuselage cross-section. 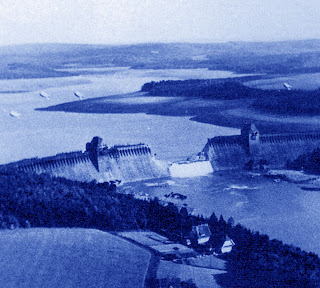 Section of dam
Not to worry though, as the kit makes up well and looks great with the included section of dam, which turns the whole assemblage into something of a shelf-filler. There has been some license taken with the actual architecture, but the general effect is impressive. 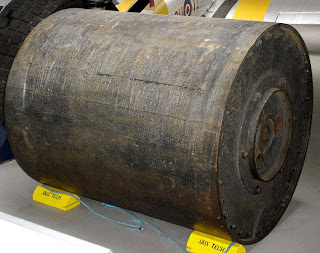 Upkeep bomb
Also included in the kit is a separate ‘bouncing bomb’, inventor Barnes Wallis’s brainchild device that made the Dambuster raid possible in the first place. Named ‘Upkeep’ the cylindrical bomb was spun up to 500 rpm by an auxiliary motor before being dropped, then it skipped across the water to sink down the face of the dam, where it exploded.

Summation
All in all, a useful addition to the annals of World War II era aircraft models, and one that will look mightily impressive when displayed. It will almost certainly take a lot longer to put together than the ‘four flying hours’ suggested by Airfix though, even though brushes, cement and eight Humbrol acrylic paints are included in the box. Perhaps that’s just for a quickie basic-build, because the SMN crew plans to allow a week of evenings to do the kit justice.

The Mohne Dam pictured above was taken after the raid by Flying Officer Jerry Fray, flying a Spitfire PR IX.

For a video view out of the bomb-aimer's nose bubble, visit The English Eye here.

The Airfix Dambuster kit is available from Airfix directly or model stores and online suppliers, including Amazon here.