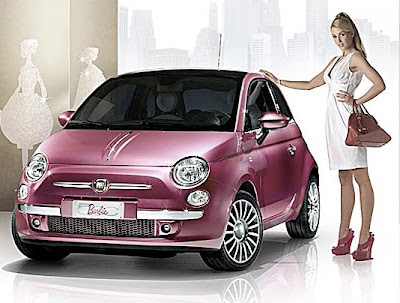 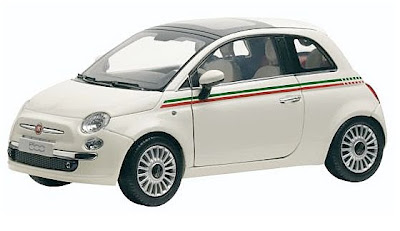 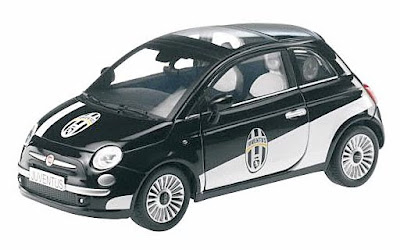 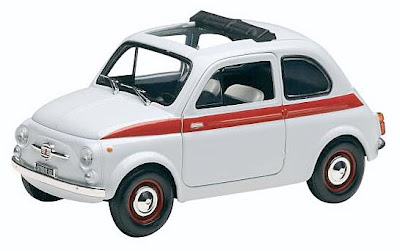 David Jefferis reports
Every teen girl’s favourite, the Barbie doll, first went on sale on March 9, 1959, and shows no sign of slowing down in the 21st century, through a constant series of reinventions to keep her up to date with the latest fashions.

Of more significance to us model fans is that Barbie opened the door to non-girlie ‘male dolls’ such as Action Man, and through him to today’s host of science fiction miniatures, from Terminator robots to Star Trek aliens. And of course, the she-doll is so popular that real-world marketeers have produced a host of tie-ins over the years. For example, last year’s 50th birthday saw a totally cutified and chrome-laden blush-rose Fiat 500 (top picture).

The Fiat 500 is a terrific designer-look car, and model manufacturers seem to be queueing up to produce miniature versions. One of the newer names is Mondo Motors, a diecast company based on the outskirts of Alba, in north-west Italy. Mondo produces both ready-made and kit-versions of the 500, including the variations shown in the pix above. Mondo produces in all the popular scales - 1:18, 1:24, 1:32, 1:43, 1:64 - so there’s likely to be a 500 to the size you want somewhere. Mondo also produces an older style of 500, the original Cinquecento (bottom pic). This was a car so small that when my friend Kate used to give me a lift down the trendy King’s Road in London, my head pushed up the canvas roof into a dome-shape! Luckily in fine weather, the canvas rolled back, so the only danger then was a suntan and eyeball contact with the micro-skirted Chelsea chicks...

So far as accuracy goes, Mondo vehicles are sold primarily into the toy market, rather than as out-and-out scale models. Even so, they are mostly well up to the standards of better-known makers, such as Bburago. There’s a 1:18 scale Mondo metal-kit on the SMN model bench right now - we’re currently stripping off the paint to bare metal, ready for a Mad Max-style post-nuclear external finish. We’ll be adding suitable detail, such as weapons and sensors, plus appropriate battle damage and radiation-scarring too. With luck the project will turn into a sci-fi delight. We’ll show the MM 500 off when she’s ready.