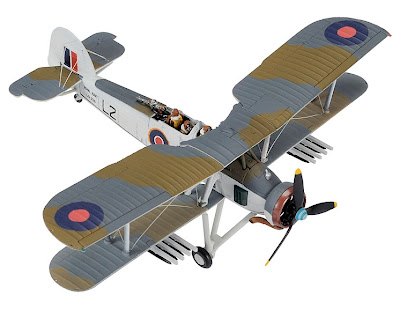 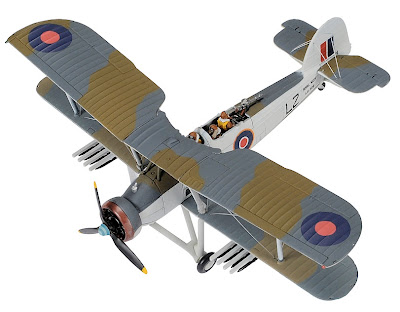 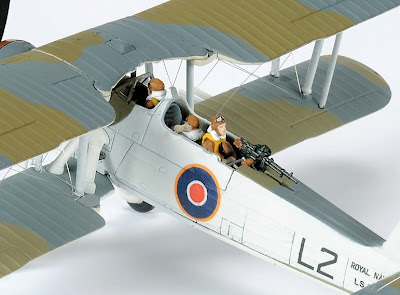 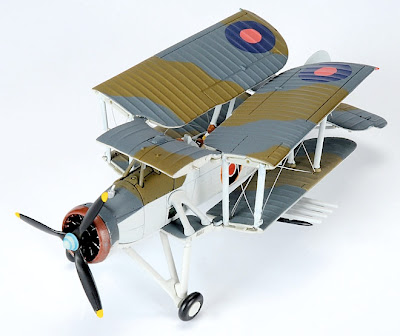 SMN reports
Here is the latest Fairey Swordfish from Corgi. The rocket-armed 1:72 model represents the Royal Navy Historic Flight machine that still flies at air shows, some 55 years after the end of World War II.

The Swordfish is a significant aircraft, and in World War II accounted for the sinking of more than 300,000 tonnes of enemy shipping, more than any other single Allied type, so the model is a useful addition to any diecast combat aircraft collection of that era.

Corgi’s model shows the advances made in the world of diecasts in recent years, with excellent camouflage and markings, plus a full crew of three and weapon load. The pre-fitted rigging wires add to the realism, as do the underwing rocket launchers. The only downside is that much of the fuselage panel detailing is still somewhat clunkier than an equivalent plastic kit - but that is simply the nature of the two materials, and if you want ultra-fine detail, plastic is the way to go.

Or purchase kit versions such as the Tamiya 1/48 Fairey Swordfish Mk.I (Clear Edition)