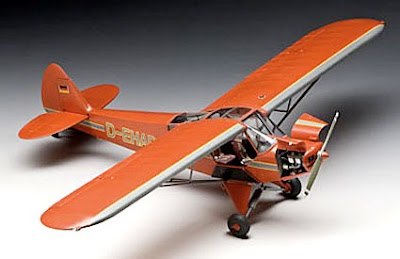 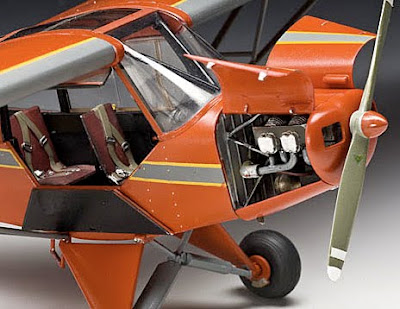 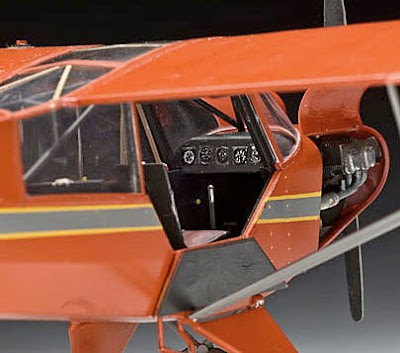 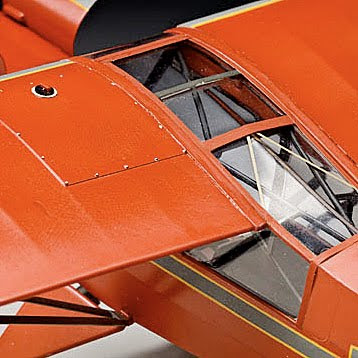 Here’s a ‘different’ kit for you to try, a 1:32 scale model of one of aviation’s classics: the Piper PA-18 Super Cub. This is a two-seater bushplane that first flew in 1949, with a short-field performance that enables takeoffs to be achieved in only 70 m (200 ft) or so - and with a strong headwind, even less. It’s actually possible to hover in a Super Cub if the headwind is more than about 56 km/h (35 mph)! Production stopped at Piper in the early 1990s, but various independent manufacturers still make variations on the original design. The three short video clips give you an idea of the simply amazing performance of the little machine, especially when it’s fitted with big, fat, tundra tyres.

The new-tool Revell kit is packed with detail, and comes with three sets of decals, enabling you to model two civil versions (British and German) and a German military machine. At big 1:32 scale, even a small aircraft like the Super Cub has a decent assembled wingspan of 338 mm (13.3 in), and would look terrific in a diorama setting - its sports-recreation credentials make it suitable to be seen next to one of the latest Scalextric racing cars, any of which look terrific when they have been tweaked and weathered appropriately. Or you could go the bushplane route and feature a battered pickup truck instead.

Inside the nose, the four-cylinder Lycoming engine has been modelled quite accurately (though it would benefit from some careful extra detailing) and has wide-opening access panels that allow you to show off what’s going on in there. The instruments and seats look good too, with the full-harness belts neatly sculpted. The Super Cub has a metal structure covered with fabric, and the texture of this is well produced in the model - the fabric looks just right, especially when it’s been spray-painted. The 92-part Revell kit is a neat model of a not-so-usual subject and is available now.