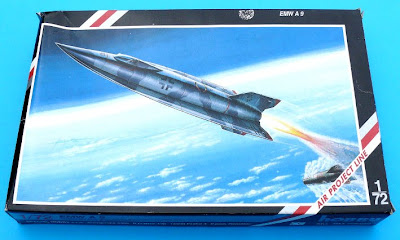 SMN reports
Here’s a look at the A9 piloted missile we brought back from the La Coupole rocket base in northern France. The A9 was one of many ‘Luftwaffe 1946’ secret projects that never saw military action before World War II ended, in this case luckily for the Allied towns and cities that could have been in the target zones.
Vengeance weapon
Developed from Wernher von Braun’s V-2 ‘Vengeance’ weapon (technical name A4) the A9 was the winged upper stage of a two-stage rocket, the A10 first-stage boosting it to high speed and altitude. Blueprints of the time showed that the wings would have given the A9 range enough to hit targets as far away as Scotland, more than doubling the standard V-2’s reach of some 320 km (200 miles). It wasn’t good news for the pilot however, who was expected to bale out and parachute to safety moments before impact - a fairly unlikely scenario. 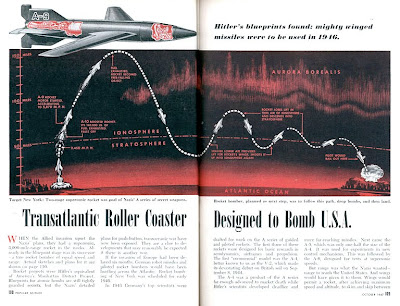 Later A9/A10 designs had bigger wings, and were planned for attacks on US targets such as New York and Washington. You can see how this might have worked in the video, and also the pages from ‘Popular Science’ magazine, shown above. 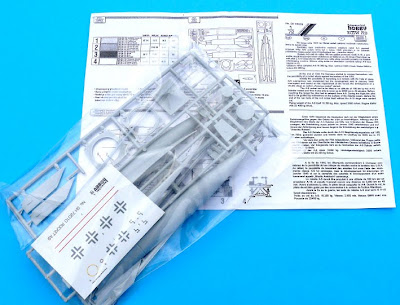 Special Hobby A9 kit
Back to the Special Hobby kit, which comes neatly boxed, with art that should be useful as a painting guide. The 52 parts are presented on three runners, with a vacuum-formed cockpit canopy, which needs trimming out before cementing in place. There is an attempt at cockpit detail - seat, stick, floor, bulkheads - but no pilot figure is supplied. The long, vane-like wings are supplied separately, though there are no fitting stubs, so assembly will have to be careful. 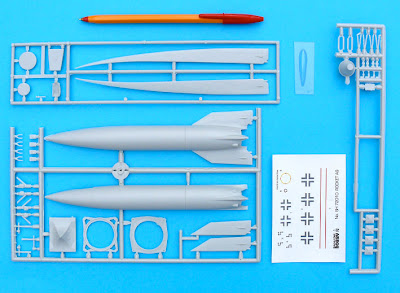 The A9 itself has just 19 components - the other 33 are for the stand, which is something of a fiddly job, recommended for the patient model maker, equipped with fine tweezers. The smaller parts need some cleaning up before assembly, but there’s nothing major to worry about.

Summation
An interesting kit, though it’s hardly a new release, and can be quite difficult to obtain - you’ll probably have to search around for one, but for Luftwaffe 1946 fans, it’ll be worth the hunt.