David Jefferis reports
Corgi was among the first to kick off the wave of accurate diecast aircraft collectibles with its Aviation Archive products. They are still among the most popular of their kind, and the readers of the UK specialist magazine Model Collector recently voted Corgi’s 1:72 scale Avro Lancaster as Best Aircraft Model of the Year.

Model Collector magazine
The magazine is one of the UK’s two magazines that focus on diecast models, and its pages are always worth a read as they are packed with reviews and in-depth articles. Some 9000 readers got the chance to vote for Model of the Year, so their accolade must make Corgi proud of that Lancaster.

Earthquake bomb
The model is a B1 Lancaster, specially modified to carry a single 10-tonne (22,000 lb) ‘Grand Slam’ bomb under its belly. The Grand Slam was designed by ‘Dam Busters’ bouncing-bomb designer Barnes Wallis and was dropped from a height of about 6 km (20,000 ft). Falling vertically, Grand Slam hit the surface at more than 1100 km/h (700 mph), enabling it to penetrate deep underground, where it exploded to create an instant cavern called a camouflet, into which anything above or nearby collapsed immediately. 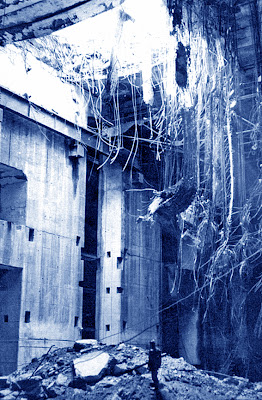 The Corgi Lancaster model
Corgi’s Royal Air Force Lancaster represents the 617 Squadron machine used to attack the concrete fortifications of the Valentin U-boat pens at the port of Farge, Germany, in March 1945 - the pic above shows some of the damage caused by the raid. The Corgi Lancaster has the nose and dorsal gun turrets removed, and the bomb is correctly semi-recessed underneath. Day camouflage is neatly applied, and crew figures are visible under the flight deck glazing. For the diecast fan, a fine addition to a World War II themed collection.

Lancaster books, kits, ready-builts and other stuff are also available here and here