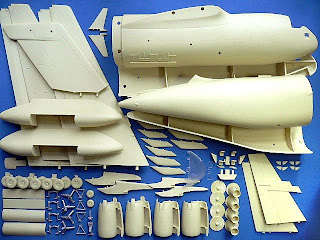 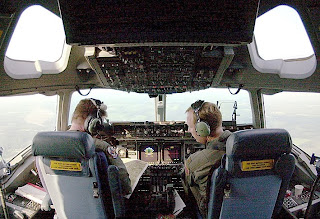 SMN reports
For lovers of b-i-g model aircraft, and cargolifters in particular, then Hong Kong-based Anigrand has the answer, in the form of its newly-reissued 1:72 scale Boeing C-17 Globemaster III.

The C-17 is often nicknamed ‘Moose’ for its tall winglets, but it’s a lot faster than the animal that’s for sure - a fully loaded C-17 can leave the ground in just 1064 m (3500 ft) and cruise at some 833 km/h (518 mph), all the while carrying a 70-tonne US Army M-1 Abrams tank. If you’ve ever seen a C-17 at an air display, it’s likely you will have seen the short-landing capability, and its showpiece, reversing and manoeuvring on the ground by using thrust reverse from the four underwing engines.

Anigrand’s model is certainly a shelf-filler, with a wingspan of 722 mm (30.4 in). Its length is little shorter, at 736 mm (29 in). It’s a mixed-material kit, with 99 components. Most of these are in resin, with 14 metal and a clear-cast glazed flight-deck window section. 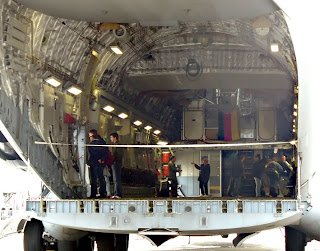 SMN would like to see a big-scale injection kit of the C-17 from another manufacturer though - such a cargolifter begs for masses of internal detail, an operating loading ramp, crew figures and flight deck, plus a full load of  troops and AFVs - well, here’s hoping!


The smaller and more manageable 1:144 scale Revell C-17 kit is a decent kit that is also worth considering. Despite its smaller size, there is loads of detail, including a particularly neat airstair on the nose portside.
Email ThisBlogThis!Share to TwitterShare to FacebookShare to Pinterest
Labels: 1:144, 1:72, Anigrand, C-17, Moose, Revell
Newer Post Older Post Home