Thunderbirds are Go
Rory’s early influences included the likes of Gerry Anderson (of Thunderbirds fame) and this led eventually to his present role in conceptual work for commercials and feature films. All of which brings things round full-circle, because although computers are used for the CGI (Computer Generated Imagery) content of so many movies, the plastic kit manufacturers now bring many of those creations to ‘reality’ by making kits of them - which is terrific news for science fiction fans.

Star Trek Nemesis
Among the many McLeish screen commissions was to work on the Scimitar spacecraft used in the movie Star Trek Nemesis, which you can see in the YouTube clip shown above. And of course, Star Trek modelmakers are served pretty well by the kit industry, as you can see from the selection shown via the links below. Which one of these is SMN’s selection for afficionados? Hmmm, it’s hard to say - we want ’em all! 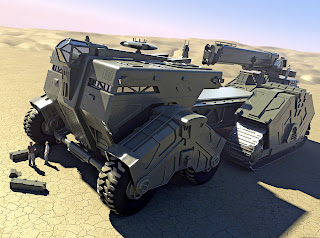 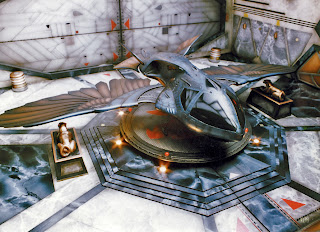 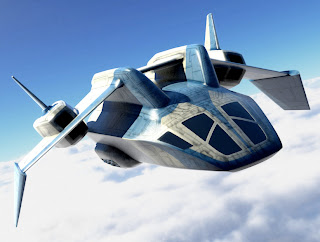 Kit-bashing
Meantime, if you don’t want to buy ‘yet another’ Star Trek or Star Wars kit or collectible, then Rory’s concepts open the door to some serious kitbashing possibilities. As you can see from the samples shown above, there’s a galaxy-full of possibilities for those of us (including this writer) who love make real models from fantastic dreams.
Visit Rory McLeish here.
Browse among some Star Trek kits here