SPACE MODELS FROM NEW WARE OF THE CZECH REPUBLIC 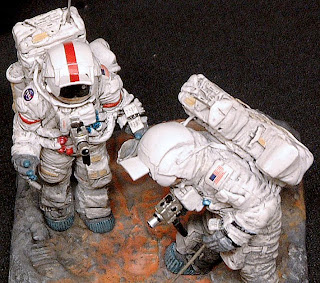 SMN reports
The Czech company New Ware is one of the smaller model outfits, but the products are second to none and regularly win plaudits and awards. The items pictured here show just a sampling of the space kits in which New Ware specializes.

Astronauts in action
The 1:24 scale Apollo 17 figures are particularly neat, though maybe the weathering of these demo models is a tad overenthusiastic - the model is tagged by New Ware as: ‘The Last Men on the Moon’ but maybe it could also be: ‘The Dirtiest Mean on the Moon’. No matter though, as the level of weathering is entirely up to you, the modelmaker.

Early cruise missile
The latest New Ware kit is the 1:144 scale Navaho supersonic cruise missile, a US project that ran from 1946 until mid-1957, when it was cancelled in favour of ICBM rockets. The two-stage vertical launch system consisted of a rocket booster, toting a winged airframe for the cruise phase. An interesting choice from New Ware, the Navaho has just 24 parts plus decals, the cruise missile having a wingspan of some 60 mm (2.4 in). 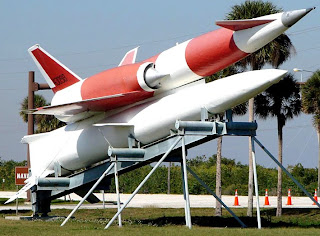 The Navaho is available direct from New Ware, whose online Gallery shows more assembled kits, and is certainly well worth a look for its interesting and unusual subject matter. In the real world, only one Navaho survives (pictured above), and we are told that it’s on display at the south entrance of the Cape Canaveral Air Force Base, in Florida. 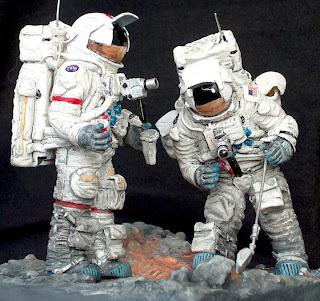