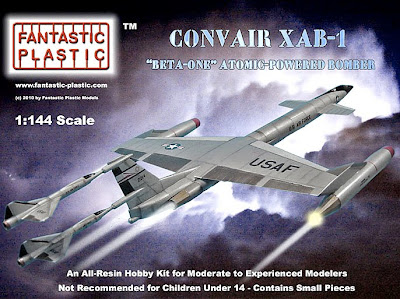 SMN reports
More gorgeousness from our friends at Fantastic Plastic this month, with yet another weird and wonderful ‘never-flew’ project from the Cold War era. This blast from the past is a 1:144 scale kit of the Convair XAB-1, originally released by Hawk Models in 1959, to the fit-the-box scale of 1:180.

Rare original kit from Hawk models
In keeping with the heroic concepts of the 1950s, the XAB was a biggie, and FP’s 30-component resin kit scales out to a length of some 432 mm (17 in) with a wingspan of 305 mm (12 in) when built. As you can see from the pictures, it looks great when assembled. 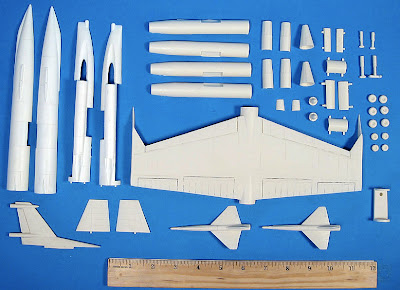 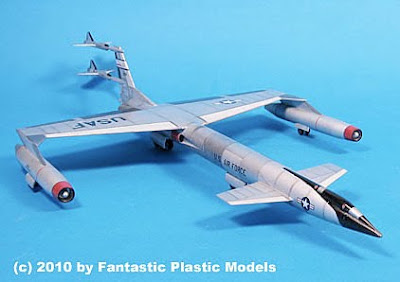 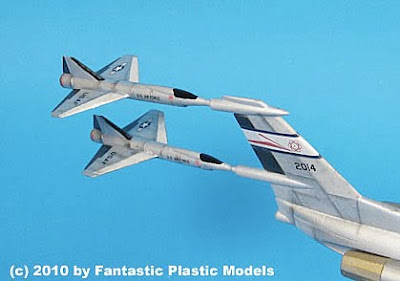 Cold War project
A word about the XAB project itself: in the 1950s, US designers explored many ways to gain air superiority over the rival USSR. As planned, the XAB incorporated nuclear power, with engines that could theoretically provide near-infinite range, and flight-times limited only by human endurance on the part of the flight crew. The two parasite jets could be released when necessary to fight off enemy aircraft, allowing the XAB to fly on unmolested to its target.