A FEAST OF MODELS AT THE 2010 FARNBOROUGH INTERNATIONAL AIRSHOW 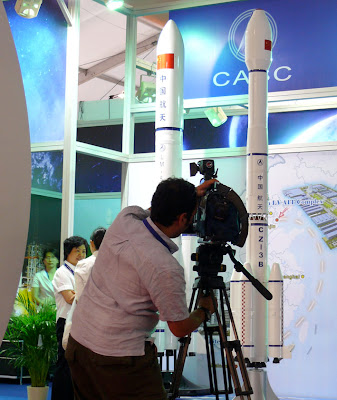 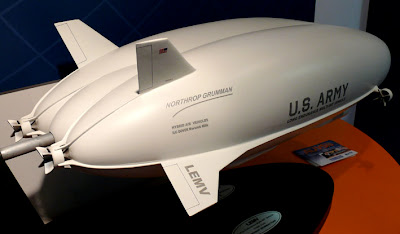 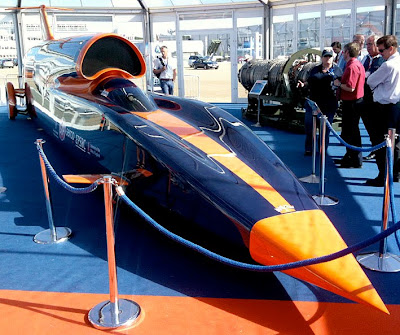 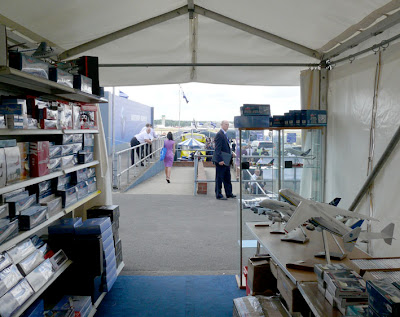 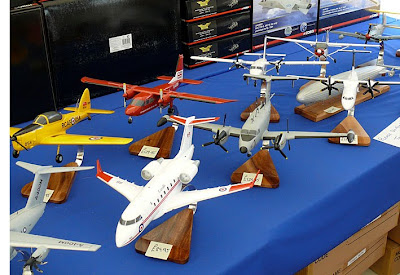 David Jefferis reports from the show
The SMN crew spent yesterday at the UK’s premier business-orientated aerospace show. The weather was fantastic (which just goes to show how useless the predictions of some iPhone weather apps are...) and it was a real pleasure to watch high-power aerobatics and more genteel flypasts in bright blue skies, with puffy clouds to set them off.

Stealthy delta
Highlights of the day included new aircraft like the Airbus A400M military airlifter, and old-stagers such as the delta-wing Avro Vulcan, currently maintained in flying order by an enthusiast group, and good for them. The Vulcan’s shape gave it stealth-like abilities long before stealth became a design essential for survival in aerial combat...

A380 airliner
For model fans, shows like this are fantastic. Wandering round the real machines parked by the flightline reveals so much detail you just never see in photos. And as for weathering, one look at the A380 demo airliner should give you airbrush modellers perfect guidance for a careful bit of subtly realistic dirtying down.

Models on display
Being an industry trade event, there were fewer enthusiast shops than at many other shows; even so, there were plenty of models on display, both in the trade halls, and for sale in exhibition tents out in the sunshine. Trade models came large and small, and were fascinating for their variety, from rockets to rotorcraft. Models for sale showed just how popular readybuilts have become - it was a near clean-sweep for them, with only a few construction kits on display.

Fine levels of detail
Among our observations were the incredible levels of detail now being incorporated into metal kits. In particular, a Sukhoi Su-27 impressed us with its ultra-fine panel detail, while a Douglas Skyraider had a jewel-like sliding canopy, and a complete range of ordnance slotted neatly into a shiny plastic case - rockets, bombs, tanks, you name it - all ready and waiting to be hung under those straight wings. Just beautiful.

Air Show dates
Enjoy the pictures above, and we’ll hope to post some video clips in a short while. The Farnborough Air Show alternates annually with Paris, so in 2011 we aim to be reporting from the land of vin rouge, escargots, garlic - and home to Airbus Industrie and Heller model kits.

The pictures show, top to bottom:
1  Chinese rocket models were popular with video crews.
2  JF-17 Thunder combat jet, co-produced by Pakistan and China.
3  Northrop Grumman hybrid air vehicle, looking more like a Dan Dare-era spaceship than a surveillance airship.
4  1:1 scale mockup of the planned 1000 mph (1609 km/h) Bloodhound, being developed to break the Land Speed Record (LSR) in the near future, perhaps as soon as 2011.
5  Temporary model shop for showgoers.
6  Lineup of large-scale display models. These are wood-based, nicely finished, and suitable for desktop display, but lack the intricate detail of plastic kits or metal ready-builts.

The A400M is available as a 1:200 scale model direct from Airbus here.

A variety of Sukhoi aircraft is available here.