IS IT A UFO? NO, IT’S A FANTASTIC FLYING DISC! 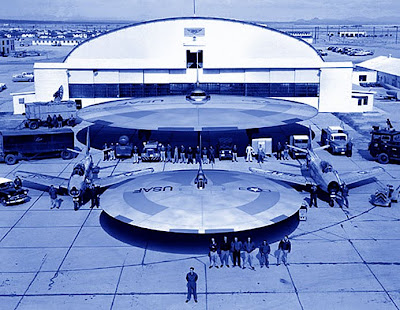 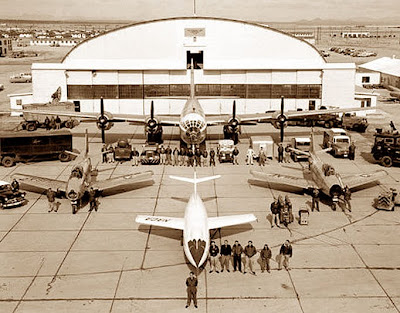 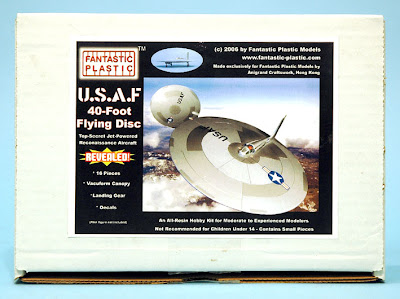 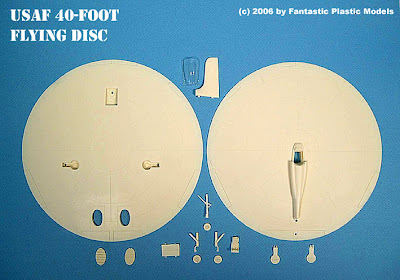 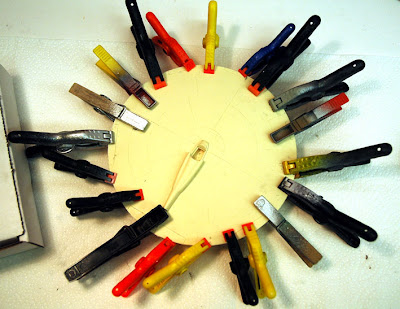 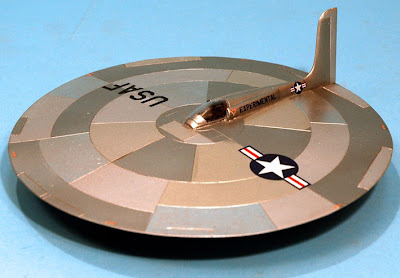 Mat Irvine reports
Aeronautical designers have a history of fascination with aircraft that are round - in the ‘flying saucer’ sense. There have been dozens of designs over the years, though the vast majority have been impractical, were ‘paper projects’, or would likely never have flown even if a prototype had been built.

Flying Discs
However, flying saucer planes remain fascinating, and specialist model producer Allen Ury, who runs Fantastic Plastic, has slaked his enthusiasm for these bizarre designs with a kit of the US Air Force ‘40 foot Flying Disc’, a design that was supposedly proposed in the 1960s. As Allen says on his website: “In 1967, former US Navy aviator and aviation writer Jack D. Pickett and his business partner Harold Baker visited MacDill Air Force Base in Tampa, Florida, to gather information for an Air Force-sponsored article on historical experimental aircraft.  At the edge of the base, they were shown four decommissioned X-planes - all of them flying discs - measuring 20, 40, 70 and 116 feet in diameter”.

Skyrocket or Flying Disc?
Whether Pickett and Baker actually saw such discs is open to speculation - certainly no official photos were ever released, and images of many other ‘black designs’ have become unclassified and made public over the years. And the two parked on the tarmac (top picture above) are neat cheats by artist Gino Marcomini, who has replaced the original B-29 Superfortress and Douglas Skyrocket with a pair of Discs, large and small. Pity the pic isn’t for real though - don’t those Discs look just great!

Fantastic Plastic Flying Disc kit
Real or not, the 40-foot (12.1 m) Flying Disc is a great kit subject that sits well with other offerings in Fantastic Plastic’s wide range of exotica. Like many kits from this stable, the 1:72 scale Flying Disc is mostly resin, with a clear vac-form for the canopy, and a set of decals. It’s a simple kit, with just 16 parts, though there are some aspects to consider when building it. Most importantly, resin tends to warp, so it’s important to clamp upper and lower halves of the airframe firmly together. As you can see from the picture, I didn’t spare the clamps and pegs to ensure all went well! Other than that, the Flying Disc went together well, and is supplied with a conventional tricycle undercarriage. This works perfectly well, though reports indicate that the ‘real’ thing might have had as many as six legs in a circle. But who knows which is correct so no worries there. An ejector seat is supplied to fit under that extremely clear canopy, but you will have to provide your own USAF pilot.

Incidentally, Gino Marcomini is a talented artist, who produces many aerospace images. Have a look at his work on the alternate-history Luftwaffe 1946 site here: