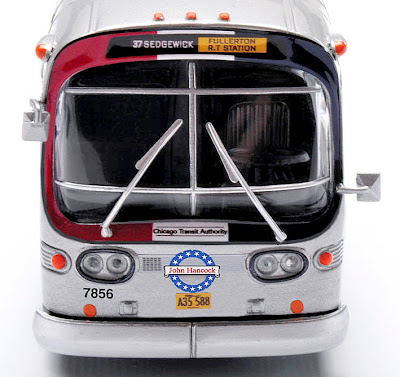 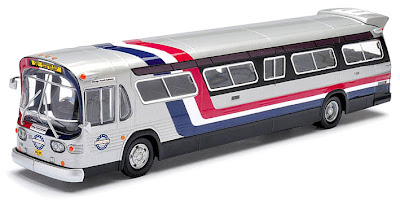 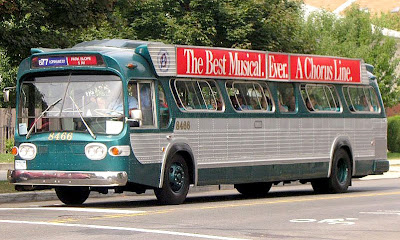 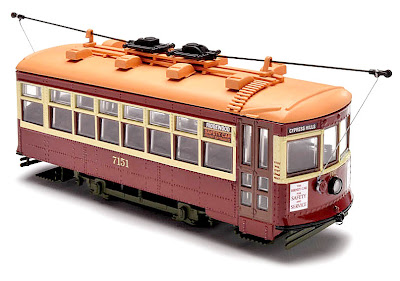 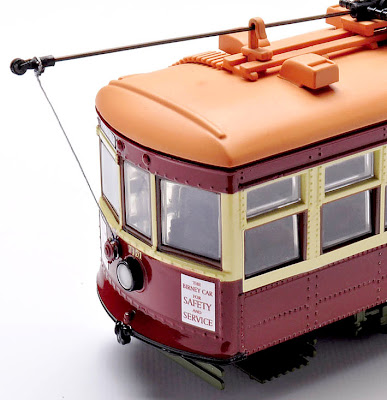 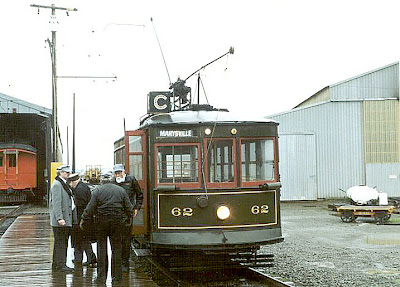 SMN report
With the exception of diecast aircraft, a truly international subject, Corgi seems to keep its US models under a bit of a shroud where European buyers are concerned. They are available all right, just not trumpeted much, which is a bit of a shame, because - leaving aside collectibility issues - most of the transportation subjects are at or around 1:50 scale, which is near enough to international-standard 1:48 scale to keep many an aircraft modelmaker happy.

Jet Age Fishbowl
Take the 1:50 scale GM Fishbowl coach, for example. It’s finished in the red-white-and-blue stripes of the 1976 Centennial celebrations, and has decent detailing throughout, though perhaps the glazing is a bit heavy-handed at this size. But importantly, it would look terrific in a diorama featuring a corner of an airport. And you don’t have to leave it in the 1976 scheme either - Fishbowls (aka the ‘New Look bus’, nicknamed for the domed front glazing) were produced from 1959 to 1986, so you could use one in almost any Jet Age era scene, or even today as there are plenty still running around. It’s a biggie model, at some 282 mm (11 in) long.

Birney Safety Car
The 1:48 scale Birney Safety Car is from an earlier age altogether. Introduced in 1919 by the Brill tram company, the Birney was another vehicle used widely down the years, and can still be seen at some transport museums and heritage streetcar collections. The picture shown here is of ‘good old 62’, at Sacramento. The 153 mm (6 in) model is nicely done with a fair attempt at interior detailing.

Population implosion
One common feature is the lack of driver and passengers in these models. It’s true of almost all diecasts of course, and maybe that’s because they are seen as collectible models, rather than toys or model rail subjects. A pity though, as you need to take such models apart if you want to add a bit of life with a driver and some passengers inside. Come on Corgi, let’s see you release some humans for vehicles like these!

For model rail enthusiasts too
For collectors of Bachmann’s delightful On30 model rail ironmongery, the Birney is a possible subject for motorization, or if not, then it could rest in a siding as background detail. Or take the wheels off and stand it on old sleepers to convert it as a fixed bar-restaurant - the possibilities are endless. Whatever you do though, the moment such models are taken from chocolate-box display, they need dulling off with satin varnish, followed by the careful addition of some subtle weathering.

The Fishbowl is available here, again in different busline markings.