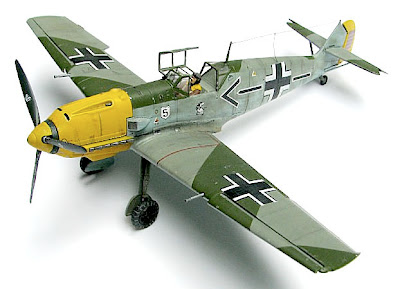 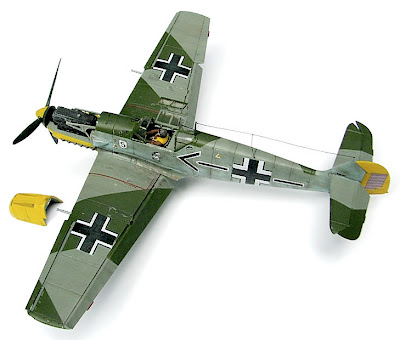 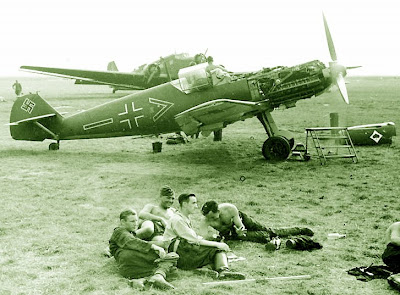 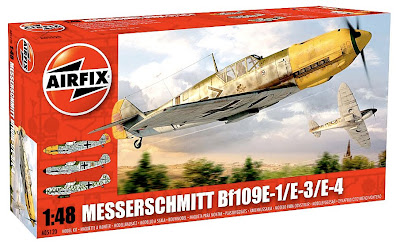 SMN report
Talking of the Battle of Britain (see Monday’s post), it’s worth a closer look at another recent Airfix product: the 1:48 scale Bf109E, the popular ‘Emil’ version of this most-produced fighter of World War II. The biggish scale is one of our favourites here at SMN - 1:48 is large enough for detail aplenty, and for crew figures to look convincing - yet it’s still a shelf-top size for popular subjects like single-seater fighters.

Official Luftwaffe picture
This Airfix version offers three types of ‘E’, the E1, E3 and E4, and 107 components go into assembling the model, which includes an extremely convincing Jumo engine and mounting. As you can see from the official Luftwaffe picture above, taken the year before the Battle of Britain, Airfix have the look of Willy Messerchmitt’s design just about right.

Computer animated video
The video btw is a cgi effort. It lasts less than a minute but is a heap of fun, expecially towards the end when you get to see an animated parts breakdown. Do give it a look, and top marks to Airfix for going the extra mile to produce an item like this.

Neat details
Back to the model, and as you can see, the engine cover is removable, the canopy opens wide to reveal a nicely-sculpted pilot figure and detailed cockpit and - nicest touch of all - all the control surfaces are positionable: leading-edge slats, flaps, ailerons, elevators and rudder deploy to give the fighter a realistic look.

All in all, though there are many Bf109 kits out there, in bigger and smaller scales, this one is well worth considering. And for 1:48 scale fans, it's an addition to the 'must build soon' list.