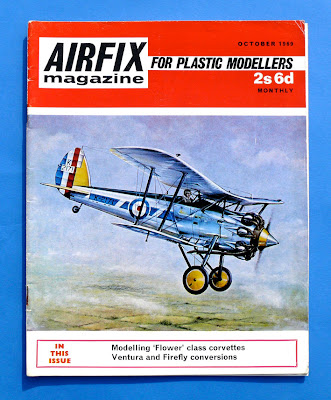 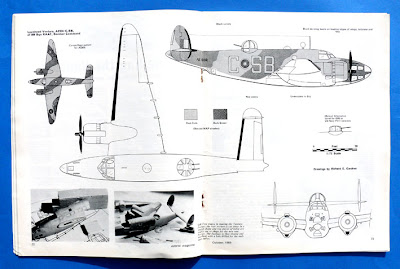 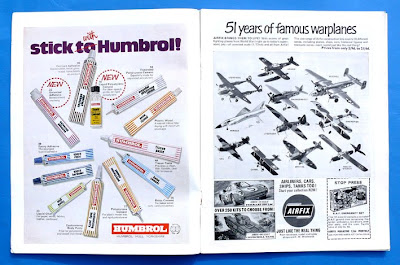 SMN report
Key Publishing has announced the launch of Airfix Model World, a new magazine for scale modellers published under license from Airfix. Key is a big aviation publisher already, with titles that include Flypast, Airliner World and AirForces Monthly, so the new magazine should slot nicely into the list.

Wide ranging content
It looks like a marriage of experts, with Airfix’s model experience being balanced by that of Key in magazine publishing. Airfix Model World will cover all aspects of modelling, but with the focus on aviation, the largest sub-sector within the market. The first issue of the new model monthly will be published on November 4, 2010. It will have 100 pages, be priced at £3.99 GBP in the UK, and will have (and we quote here) ‘superb production values’. Sounds good!

A trip back to Airfix Magazine
At which point it’s worth having a look at the old Airfix Magazine, which was produced from June 1960 to October 1993, under a variety of publishers. At its height, the mag was one of the most successful in the model business, and was required monthly reading; and without the internet to keep you posted instantly on hot news, AM was one of the best ways to find out what was coming in the way of new kits.

Airfix Magazine was definitely non-specialist, rather like the SMN you’re reading now, in fact. Every issue had a nugget or two for just about anyone, although aircraft were usually the main feature, especially on the covers. But, trains, cars, ships and military were all included as well. And editor Alan W. Hall also squeezed in many tips and tricks for better model-making, as well as scale drawings for conversions and kit-bashing.

Differences between old and new
However, the big surprise leafing through an old copy is the lack of colour. Of the 48 pages in the October 1969 issue featured above, only three pages have any – all the rest are black-and-white! Price is the other big difference - a copy cost a British model fan the equivalent of just 12.5 pence; the new Airfix Model World will set you back £3.99, itself something of a bargain compared with many other magazines on the news stands.

Good luck to the new publication - we’re looking forward to seeing, reading, and commenting on the launch issue.