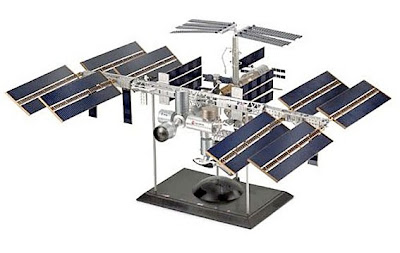 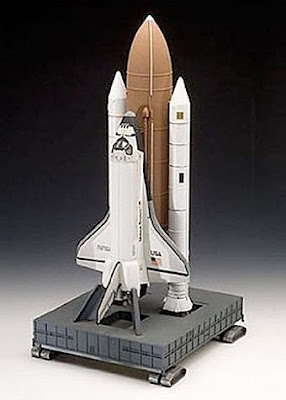 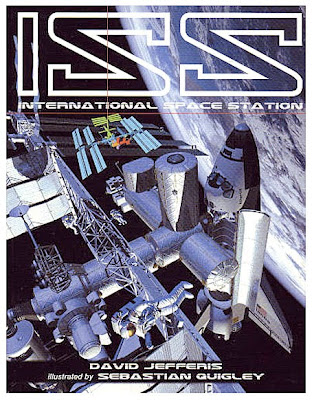 David Jefferis reports
Science fiction enthusiasts are pretty well catered for by the toy and model industries - from Star Wars to Iron Man, the choice of available subjects, in both and ready-built form, is nearly endless. But it’s not such good news for ‘real space’ enthusiasts, and especially not from the main manufacturers. Would that the likes of Airfix produced a ‘Man in Space’ set, with a 1:72 scale range of US and Russian capsules, plus a lineup of astronuats and cosmonauts standing by them. Hey ho, there’s a dream that’ll never happen, but Revell’s International Space Station (ISS) kit does at least offer a taster for the real space modeller.

Moving solar panels
Even to the relatively small 1:144 scale, the Revell ISS assembles into an impressive beast, with the huge solar panel arrays giving the model an overall size of 745 mm x 500 mm (29.3 in x 19.7 in). Like those on the real thing, they are moveable, though you probably won’t want to shift them much - the model is more than a little delicate, even when perched on its rectangular stand. This neat component comes in a charcoal shade, but will look even better if you paint the Earth hemisphere in the middle blue and white; then the ISS can float proudly atop the lot, supported on a set of slim aluminium legs.

Miniature astronauts
The Revell ISS kit contains 183 components, which include all the dozens of panels, modules, platforms and robot arms (three of them) that make up the real thing orbiting high overhead as I write this. The Revell ISS also comes with two Russian Soyuz space capsules, and a trio of 13 mm (0.5 inch) spacewalking astronauts.

Space Shuttle add-on
Now, this will represent the ISS in operational configuration after 2011 or so, because the US Space Shuttle’s last few missions are due to be flown during the coming months. But, because the Shuttle has been the main cargo hauler for ISS assembly, it seems a shame not to have one on display, in addition to those far smaller Soyuz spacecraft. It’ll also make an even more impressive space display piece, but for that, you’ll have to obtain another kit, and handily, it’s one that Revell also supplies. The Revell 1:144 scale Space Shuttle comes in ‘full stack’ mode - that is, with external tank and solid boosters, standing atop the huge hauler-transporter used to take it from the Vehicle Assembly Building to the launch pad.

The ISS is a must-have kit for space modelmakers, while adding a Shuttle will make for a spectacular piece that shows off what will soon be a page of spaceflight history.


The pictures show, top to bottom:
1 Revell 1:144 scale Iinternational Space Station.
2  Revell 1:144 scale Space Shuttle Full Stack.
3  An ISS book I wrote a while ago, with excellent graphics by Sebastian Quigley. You can buy it here.

You can buy the ISS here, though it’s worth pointing out that the one review reveals a buyer unhappy with missing parts and a damaged box, so as the review states: ‘Caveat Emptor’.