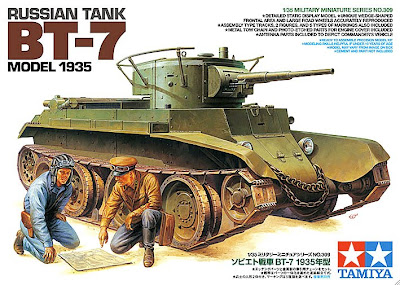 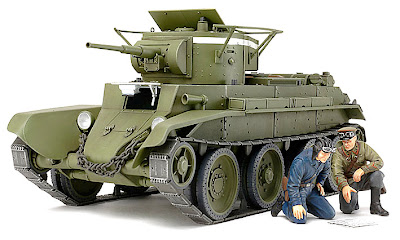 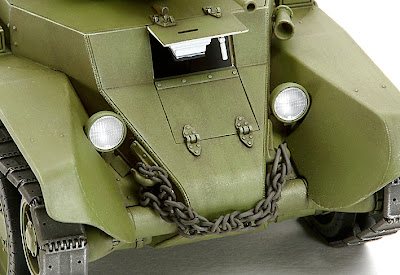 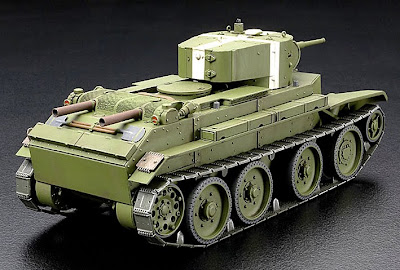 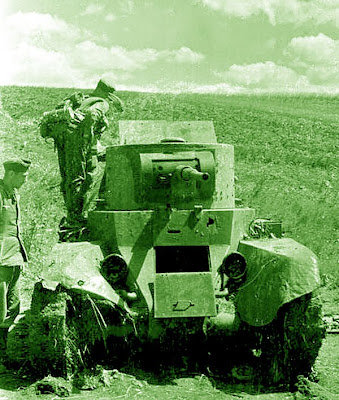 SMN report
Russian BT tanks (from the words Bystrokhodny Tank, meaning ‘fast tank’, leading to the nickname ‘Betka’) were produced from 1932 to 1941. They were lightly armoured, but had a powerful main gun, decent speed, and fair mobility. The sloping front armour was a major protective innovation, and was a feature that would be incorporated into many later tanks, including the famed T-34.

Combat career
Early BTs first saw combat in the Spanish Civil War, but in the World War II tank battles of 1940 and 1941, German armour was massively superior. The bottom picture shows just one of the thousands of BT tanks that were destroyed or abandoned in the face of overwhelming firepower.

What’s in the Tamiya BT-7 kit?
It’s the 14-tonne BT-7 that is the subject of this beautifully crafted 1:35 scale Tamiya kit. When assembled, Tamiya’s model has a length of 161 mm (6.3 in) and includes a pair of figures, commander and crewman. A pity another figure wasn’t included though, as the BT-7 normally had a crew of three.

Metal parts
Engine cover and radiators are well served however, as these are photo-etched parts, with all the fine precision this implies. Another metal component is the tow chain dangling between the headlights, two items which feature clear lens covers. Markings for five different vehicles are included, and the first BT-7 kit production run also has a nicely-printed photo leaflet included which provides useful photo references. All in all, the BT-7 is well up to the usual high standards for 1:35 scale military subjects from Tamiya.

View oodles of Tamiya militaria here (we want the lot, but there’s not enough room at SMN Towers, sad to say).