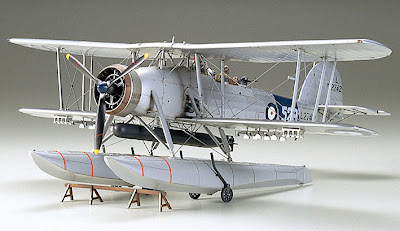 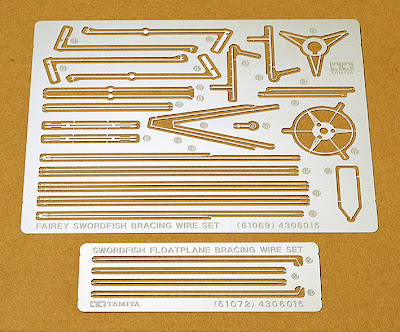 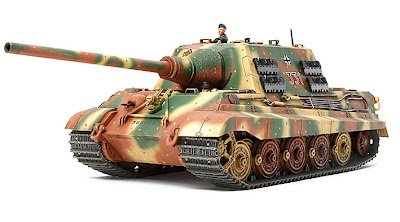 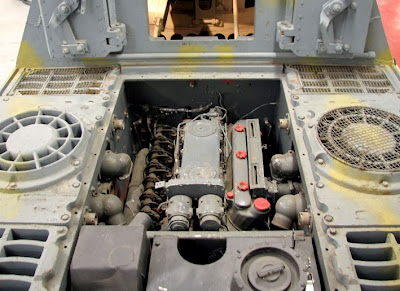 David Jefferis reports
The modelmasters at Tamiya are excelling themselves these days, and for 1:48 scale model fans, here are some items heading our way that are well up to scratch.

Tamiya Fairey Swordfish
The first is an absolutely jaw-dropping Fairey Swordfish floatplane, to add to the existing 1:48 examples in the Tamiya lineup. This one seems to have outperformed everything else that the company has produced along these lines. The 250 mm (9.8 in) long British World War II naval aircraft is packed with detail that includes excellent crew figures, a centreline torpedo, hardpoints for underwing stores, and a pair of beaching trolleys for those shapely floats. There’s also a metal-etch fret set available for adding the rigging neatly, though the less than super-dextrous (aka DJ) may be best to leave that alone.

Tamiya Jagdtiger
Matching the Swordfish for scale is a German Jagdtiger heavy tank, with a length of 219 mm (8.6 in). The kit includes three figures, though these are torsos only - it’s likely that keen AFV fans will want to add some ‘whole body’ German troops for a realistic diorama look. It’s fair to say that AFVs can suffer a bit detailwise at 1:48 scale; nevertheless Tamiya has really gone to town on this one, with the lumps and bumps of the metal casting around the nose and gun mantle very finely reproduced. Tamiya has always made a point of crawling over real examples to make sure kits are accurate, and we’d say this has to be true of this little gem.

Heavy hitter
A note on the Jagdtiger itself, strictly speaking a tank destroyer. It was the heaviest AFV of World War II, tipping the scales at nearly 72 tonnes and carrying a crew of six (yes, six!). A late-war entrant, the Jagdtiger saw service on both the Western and Eastern fronts, from 1944 until the war's end. Despite the massive 128 mm (5 in) gun and 250 mm (9.8 in) armour, its story was as much about technical problems and lack of fuel as knocking out Allied tanks.

Both kits will reward the experienced modelmaker with museum-quality replicas - recommended.

The Tamiya Swordfish floatplane hasn’t arrived in the stores yet, but the exotic transparent version is well worth a look here.

And there’s a range of Tamiya AFV kits here. (Yes please, we'd like the lot).