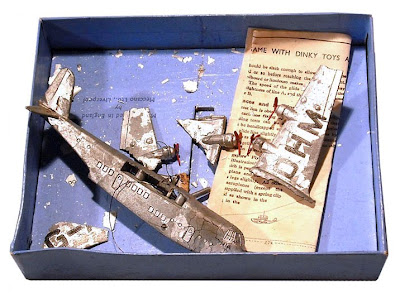 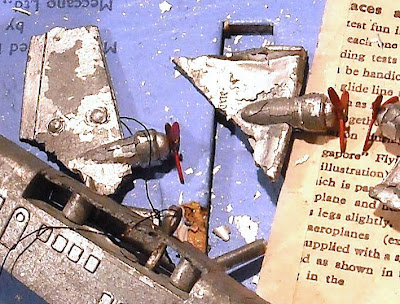 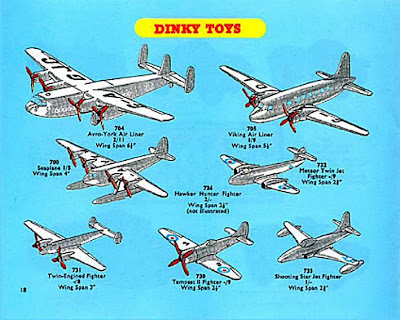 SMN report
It’s one thing to enjoy a beautiful collector’s item dating back 70 years or more, but you have a tale of doom and gloom if it starts falling apart before your very eyes. And it can happen, thanks to the curse of ‘zinc pest’, a form of corrosion that can affect diecast toys manufactured anytime from the 1930s to early 1950s.

Zinc pest explained
Zinc corrosion is caused when the metal has been mixed with impure lead, and it may be accelerated by damp, and big changes in temperature. Once the pest hits, it’s unstoppable, and over time the affected item cracks, buckles, and eventually falls to pieces. There’s no cure as such, because the fault lies in the zinc-lead mixture itself. The only real answer is to steer clear of any model that shows the slightest sign of it.

Dinky Toys Empire boat
The 1930s-era Dinky Toy shown above, a Short Empire flying boat, displays the sad destruction wrought by the pest - as you can see, it’s nasty stuff! Luckily, modern manufacturing processes, which are far more precisely controlled than those in the past, have made the pest largely an accident of history, and later diecasts (a range of mid-1950s Dinky Toy aircraft are shown above) are largely free of the problem, leaving collectors to consider more mundane issues such as bent propellers or missing parts.

And not forgetting the nasty tin pest
For tinplate collectors, there’s a similar-sounding but different condition called ‘tin pest’. Here, low temperature is the villain, and it’s possible for a tin toy to end up dissolving into nothing more than a pile of grey powder. Hmmm... I think I’ll bring those rare and wonderful tin robots out of the garage and tuck them up in my nice warm loft!

Diecast Toy Aircraft book
You can learn about collectible diecast aircraft by leafing through the 352 pages of Diecast Toy Aircraft by Sue Richardson. The book was written in 1997 but is still regarded as the authority on the subject. It makes an utterly fascinating read, although you may have to track down a used copy, as fresh ones are presently in short supply.