BLASTS FROM THE PAST - BOOST YOUR SAVINGS WITH COLLECTIBLE DIECASTS 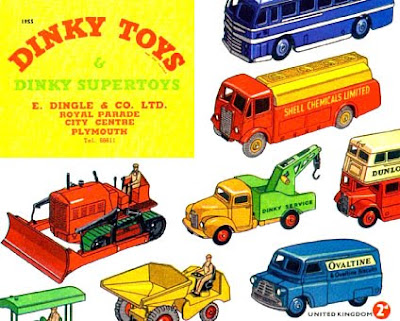 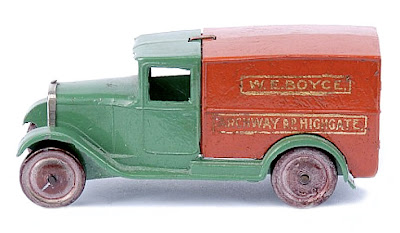 SMN report
There’s little doubt that in these difficult financial times, it pays to have some form of savings scheme beyond a bank account and a pension company. And for model fans that can be a pleasure, combining financial commonsense with a hobby, for unbuilt kits and diecasts represent pretty decent items to have in your portfolio.

Rare Dinky Toys
Of the two, diecasts show the most spectacular prices, with auctions regularly achieving astonishing levels - even in a recession, or perhaps especially in a recession, prices hold firm and there have been bidding wars between individuals and fund managers at some salerooms. Dinky Toys in particular are a high achiever where values are concerned, with models from small production runs being very highly prized. Examples include the Avro Vulcan jet V-bomber, of which only 500 or so were released, or virtually anything from the mid-1930s to 1943, when Dinky production stopped for three years until after the end of World War II.

Dinky prices at auction
There’s no real price peak in sight, as ‘they aren’t making them any more’, and in March 2008 a Type 22 Delivery Van fetched £19,975GBP ($31,080USD) which was a record for a single Dinky Toy, though boxed sets achieve much more. For many present-day collectors, the 1950s and 1960s are a happy hunting ground, for there are more Dinkys available in this period and generally in fair to good condition, too. The brochure cover we show above represents a nostalgic boyhood piece for many collectors, and is reckoned as the company’s golden age, before the onslaught of competition from Corgi Toys, a range that was launched with the catchy phrase: ‘The Ones with Windows’.

Dinky Toys - our take
However, collectible as Dinky Toys are, it’s still best to buy them because you like them. Prices can go down as well as up, so if you enjoy them just as items of miniature model art, then you get pleasure whatever the current value - but if prices are on the up, and your collection also boosts your savings, so much the better!

Have a look at a nice book on Dinky Toy collectibles here.

The pictures show, top to bottom:
1  Dinky brochure from 1954.
2  Lineup of Dinkys from the same period.
3  Record breaking van in the markings of W.E. Boyce.