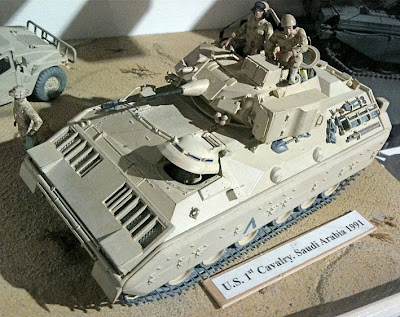 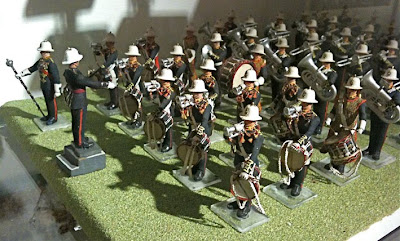 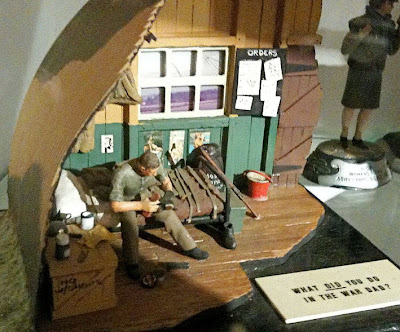 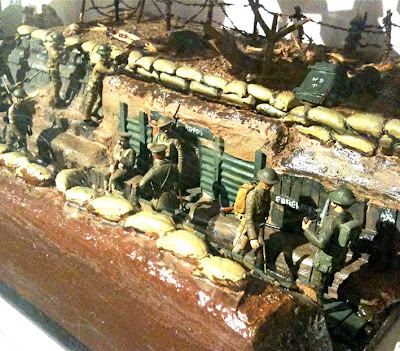 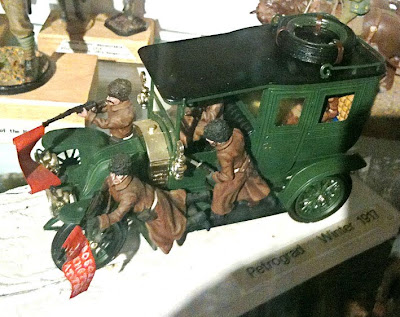 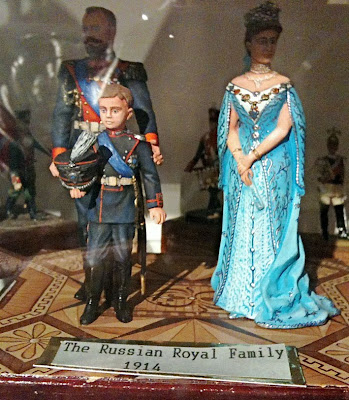 David Jefferis reports
I was at a literary get-together at Blenheim Palace, near Oxford, UK, on Friday - and one of the few men in an audience of ‘ladies who lunch’. It was actually quite a treat, especially the joke-cracking platform speakers, a trio of high-powered TV comediennes who opened doors into a female world I barely knew existed... ‘size zero’, ‘control pants’ anyone?!

Battle of Blenheim
But Blenheim’s real story is a military one - the place was built from 1704-1724 to commemorate the Duke of Marlborough’s victory at the Battle of Blenheim in Bavaria, Germany (incidentally, they spell it ‘Blindheim’ over there). So it was a pleasure to find cases of beautifully executed military modelmaking after the chick-lit ladies had finished. There were dozens of miniatures to drool over, and even my companion Jules was impressed with the workmanship.

Wide-ranging models
Subjects ranged across the military spectrum, also including a family group of the Romanovs, the royal family ousted by the Russian revolution. It was all absolutely fascinating stuff, and something of a mini-history lesson too. As for Blenheim Palace, it’s a stunner, and is surrounded by rolling miles of landscaped gardens, lakes, trees and much more besides - a highly recommended visit for anyone in the area, as is the adjacent olde-worlde town of Woodstock.