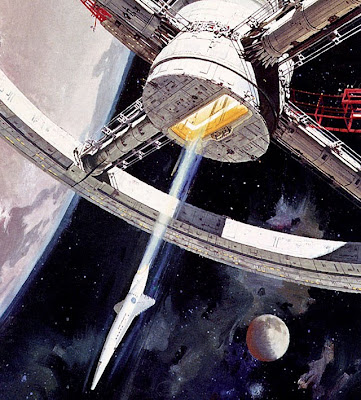 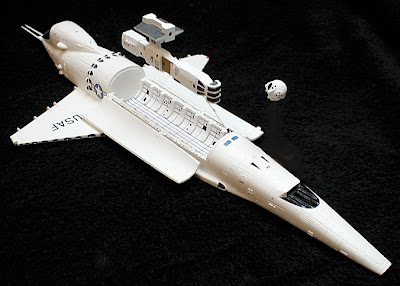 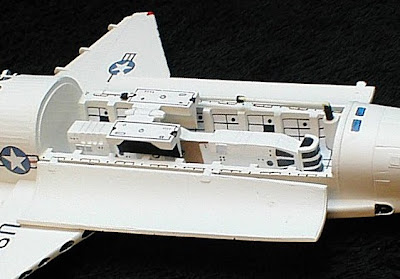 SMN report
Here’s a mouthwatering taste of things to come for science-fiction enthusiasts - Douglas Trumbull, the special-effects supervisor for the 1968 movie 2001: A Space Odyssey is working on a ‘making of’ docu-movie 2001: Beyond the Infinite, which will include heaps of never-seen-before material, plus dozens of star interviews. His interesting video seems to have been pulled from the internet, perhaps for copyright reasons, but Trumbull's own site is packed with interesting stuff that anyone with an interest in the genre should have a look at. The address is shown below.

Orion spacecraft kits
In the model world, the movie has been served less well, especially by the mainstream kit manufacturers. About the only injection kits to be freely available have been of the elegant Orion passenger shuttle, with models from both Airfix and Aurora. Neither kit is perfect, but each will assemble into a reasonably handsome spacecraft model.

Orion Cargoship from Stargazer Models
Still, there are people with fresh ideas and angles out there, including Ian Walsh of Stargazer Models, who came up a while ago with a very nifty concept, the Orion Cargoship, complete with wide-opening Space Shuttle-style bay doors. Inside, there’s the orbital satellite as seen in the movie, plus a single one-man space pod. The included decals depict a military craft sporting US Air Force markings - the movie’s Orion was a civil spaceliner in Pan American livery.

Not for beginners
This is a resin kit and not suitable for beginners, but for anyone with a little skill and patience, there’s a fine model waiting to be built. It’s to 1:144 scale, with an overall length of some 445 mm (17.5 in) plus the twin tail antennas.

SMN reports on other 2001 stuff are here and here.

The excellent Starship Modeler website has a rundown on available kits here.

The pictures show, top to bottom:
1  Poster, painted by famed US artist Robert McCall - who sadly died in February this year - shows an Orion leaving the vast space station that also features in the movie.
2-4 Views of the Stargazer Models Orion Cargoship.