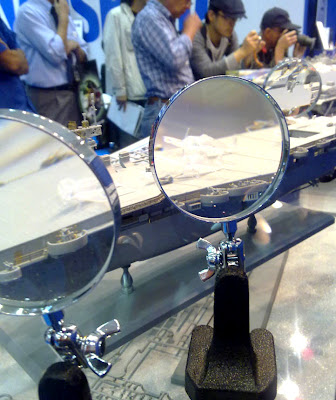 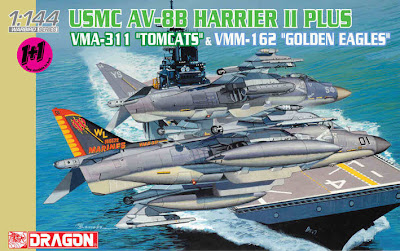 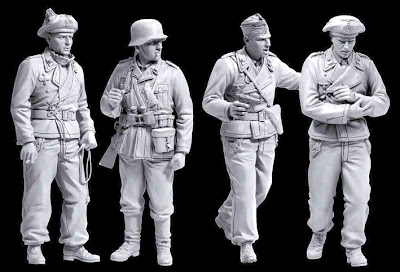 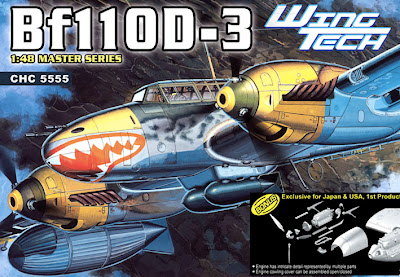 SMN report
Last week saw the 2010 Tokyo Hobby Show, and Hong Kong-based DML - Dragon Models Limited - put on quite a display there. Founded in 1987, DML is well-known for its excellent action figures, ready-built diecasts, and of course an ever-expanding range of plastic kits.

Farewell to the Harrier - in UK service anyway
So what’s on offer from Dragon at the moment? Well, there’s a smorgasbord of choice, so we’ll just pick and choose a few current faves. The Harrier II-Plus twin-kit to 1:144 scale makes up into a pair of tiny but tasty aircraft - and for this reviewer at least, a sad reminder that next year the Harrier will be phased out of UK military duty. But (grrr) the UK is the country that developed this formidable flying machine in the first place. Let’s hope that UK politicians don’t regret that decision...

Tanks and ships
On the humanoid front, the 1:35 scale 1940 German ‘Ghost’ Division tank crew kit assembles into a four-man set of beautifully sculpted and detailed figures. Away from World War II and up to date, the USS Independence LCS (Littoral Combat Ship) is a trimaran stealth vessel, built to project seapower as a seaborne assault transport. The LCS is a 2800-tonne design, yet can race through the water at more than 80 km/h (50 mph). Dragon’s kit is to 1:700 scale, which allows for a decent level of detail including Seahawk helos, Phalanx defence system, and nicely crafted photo-etch parts for the nets which surround the flight deck.

Bigger and bigger
Dragon has a wide range of kits, and in bigger scales, the 1:48 Messerschmitt Bf110 is particularly well-crafted, as is the 1:35 scale Bell UH-1N Huey, the combat vet chopper that formed the backbone of helicopter operations throughout the Vietnam War. This is such an excellent scale for military fans - and aircraft to the same scale are just so darned BIG! We love ’em.