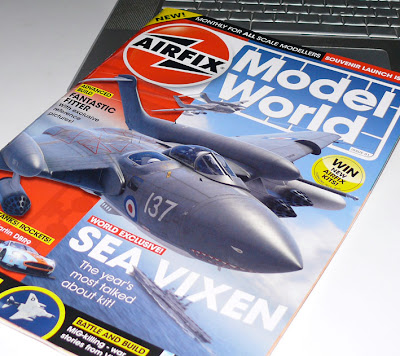 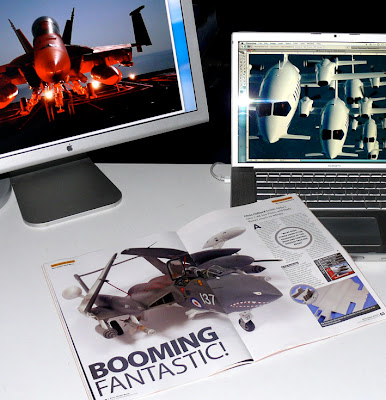 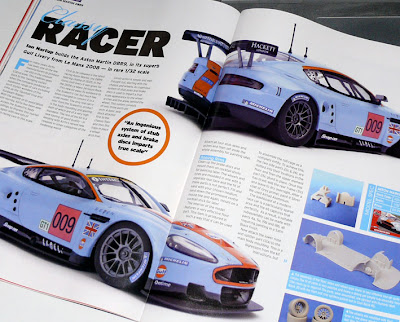 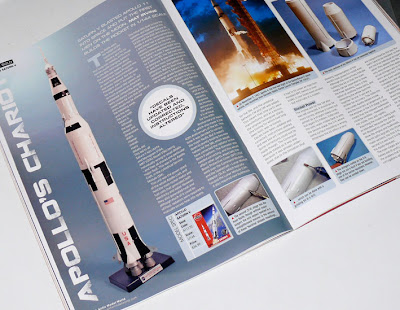 David Jefferis reports
Here we have 100 colour pages of the new and revived Airfix Magazine - well, it's now retitled Airfix Model World for 2010 - and a pretty good effort it is too. I’ve been involved with several magazine launches over the years, and know a little of the sweat and toil that goes into the first one. It’s always a steep learning curve and I doubt this launch AFW is an exception. So well done to the team involved.

What’s it like?
First off is the cover - and centre-spread - both of which feature the work of the Airfix ‘wunderkind’ box-artist, Adam Tooby. He’s already up there in the pantheon of the best - Roy Cross, at last you have a decent successor. Tooby manages to combine the precision of computer generated imagery with an artist’s touch for the finished work. I reckon we’ll see a few of his box-tops appearing as art prints before too long.

See inside
Editorial is wide-ranging, with a strong feature on the 1:48 Sea Vixen kit from Airfix, which has some very nice detail photographs, including closeups of the neatly-modelled observer’s cockpit and radarscope. Elsewhere we have articles on the 1:32 Aston Martin DBR9 racer, and a Hasegawa 1:48 F-4J Phantom II. There are also the expected extras, including news, skills, books, kits and decals. All in all, the mag makes a good read, with a flavour that’s not overly ‘Airfix’. In fact, I might want a bit more of this - there is lots of background detail to the company that I would be fascinated to learn about.

Space with Mat Irvine
I couldn’t finish without a mention of SMN’s own Mat Irvine, with his ‘Space Build’ feature. This one takes you through the Airfix 1:144 scale Saturn V, pulling no punches with its faults and features. Interesting article - nice one, Mat!