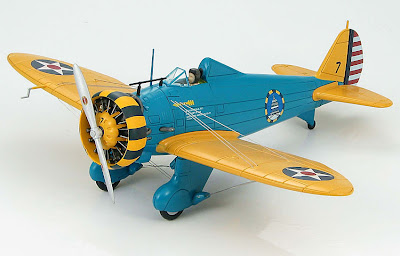 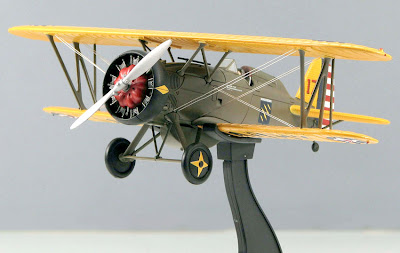 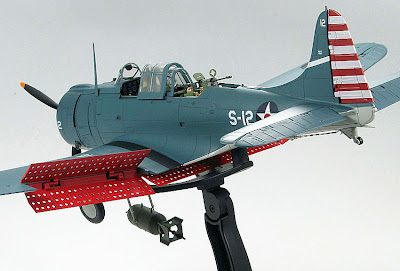 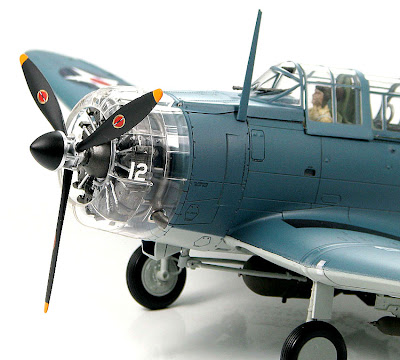 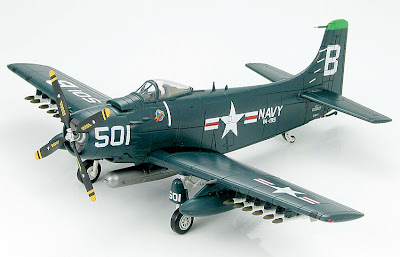 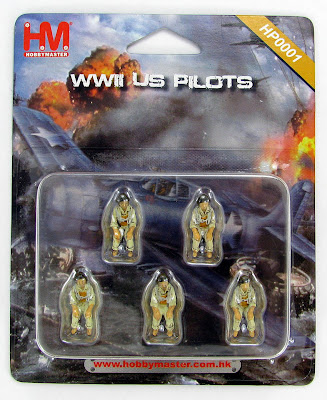 David Jefferis reports
Hobby Master is a company that offers one thing in particular that makes someone like me extremely jealous - and that’s producing, at an affordable price, aircraft with beautiful rigging detail. As a keen-teen model maker I tried so many times to make biplanes with convincing interplane wires - and failed most of the time. It takes a particular skill, that’s for sure, and it’s not one of mine, nor do I possess the patience to hone those skills.

Fine detail from Hobby Master
So here comes a company that manages to design its products so well that such ultra-fine detailing is a production-line reality. And look at pix 3 and 4 - a 1:32 scale Dauntless dive bomber with a transparent nose to show off the neat interior!

Tweaking still allowed
It’s fair to say that buying such ready-made models is not as satisfying as making up a kit. Then again, such models appeal to the collector rather than the model maker. Even so, people like me who are time-poor (as they say in market-research circles) get the pleasure of owning a handsome product, and are still free to tweak the model with a spot of weathering, yet more super-detail, or even adding a diorama display to make it ‘ours’, rather than a straight buy that’s just a one-of-a-million production line unit.

Well, that’s my take anyway! Meantime, have a drool at these up-and-coming aircraft from Hobby Master.