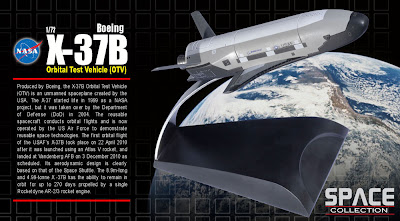 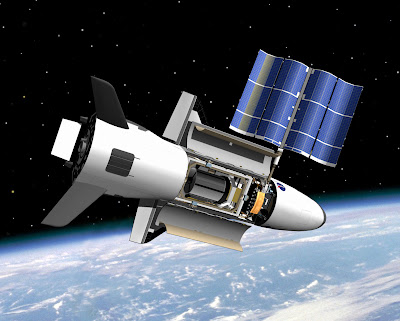 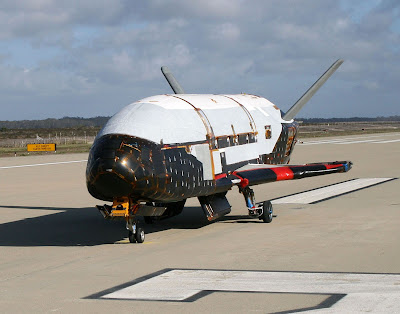 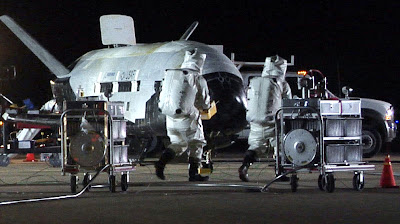 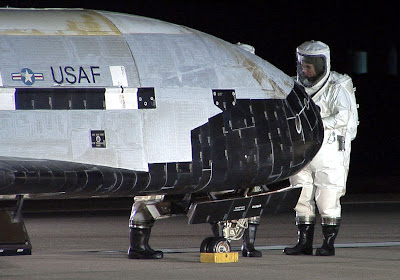 SMN report
News that the US company SpaceX successfully test-flew its Dragon space capsule today makes SMN really proud - for this company is in the vanguard of the privatization of space. Along with the likes of Sir Richard Branson’s Virgin Galactic program, it looks as if there might be a future for rocketry in the post-Space Shuttle era after all.

Spacecraft models from Dragon
And talking of Dragons, the Chinese model company of the same name is busy releasing a miniature ‘Space Collection’, to 1:72 and 1:400 scale, plus 1:6 scale astronaut figures. The spacecraft are all ready-built, mixing diecast metal with injection-plastic parts, and while some are familiar subjects - Apollo and Shuttle feature strongly - there is at least one really interesting of-the-moment release, and that’s the 1:72 scale X-37B OTV (Orbital Test Vehicle).

X-37B in space
Looking much like a mini-Shuttle (and originally designed to fit inside a Space Shuttle cargo bay) NASA’s X-37B program was taken over by the US Department of Defense in 2004. The craft saw its first orbital flight on April 22 this year, and stayed aloft on a secret mission until returning just last week, on December 3. The X-37B is a completely automated winged vehicle that lands on a runway like the Space Shutttle.

Comparing model with reality
The Dragon X-37B is a neat piece of model engineering that sits on a stylish stand. However, it’s interesting to compare the smooth and sleek lines of the 1:72 scale model with the lumps, bumps, and varying textures of the real thing, as seen in the official pictures above. And look at those white protective suits - the engineer-techs look for all the world like extras from a Hollywood sci-fi blockbuster - Close Encounters anyone?!

Well done Dragon for this X-37B - it’s an unusual subject that’s been well captured. Let’s hope the company will provide a 1:72 scale Dragon capsule soon, preferably with a seven-astronaut crew inside!

We’ll be showing a neat diagram of the Dragon capsule and other spacecraft in the next day or two - keep your eyes peeled for that.