BLAST FROM THE PAST: SWEET NOSTALGIA FROM THE GOOD OLD DAYS 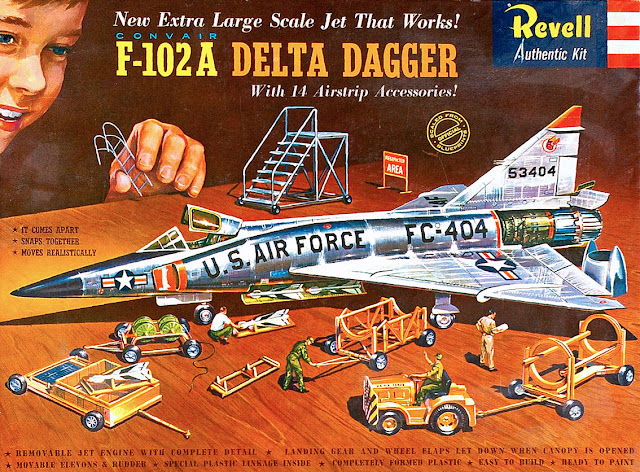 FOR THE MORE MATURE MODEL MAKER out there, then these old kits might bring back a few memories.


SMN looks back: Once upon a time Hawk kits (T-6 and T-33A below) sporting the distinctive four diamonds logo, were a popular choice in the local model store.

And as for the Revell Lockheed F-102A (header) the addition of included ground equipment and a team of technicians turned a model jet kit into a diorama, before the word was even invented. Well, maybe not quite that, but you know what we mean. 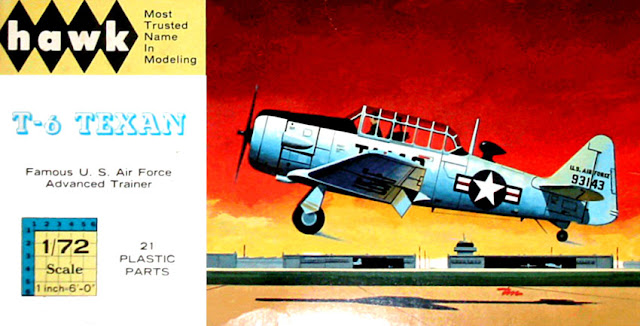 Seriously, the Delta Dagger was a reasonable kit, turned into a kit-plus by the addition of some intelligent brainstorming in the sales department, followed up by extra parts in the box. We were never sure about the grinning youth in the top corner, though.

And Monogram featured many working features, the Grumman Avenger (below) being a kit that included folding wings and retracting landing gear.

However, our must-have kit from the Monogram range was a civilian model, a 1929 Ford Trimotor fitted with skis. The model (below) included a nicely sculpted dog-sled team and parka-clad polar explorers. In keeping with the times, the model was not made to what we now call 'standard scale.' Instead, it approximated to a neither this or that 1:77 scale. An oddity for sure, but hugely desirable, even so. 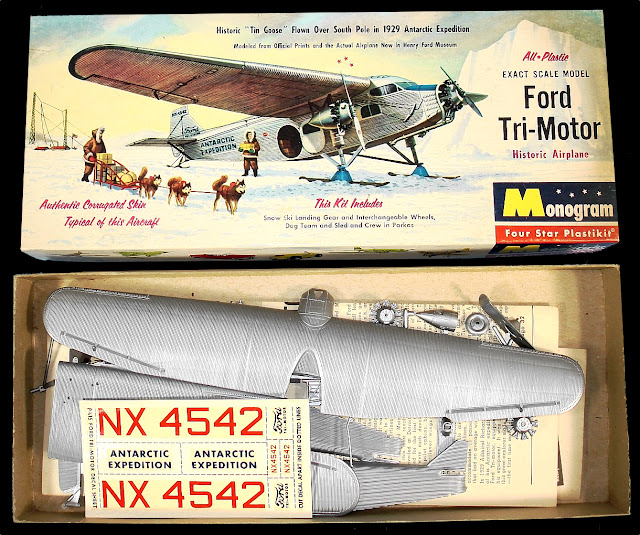