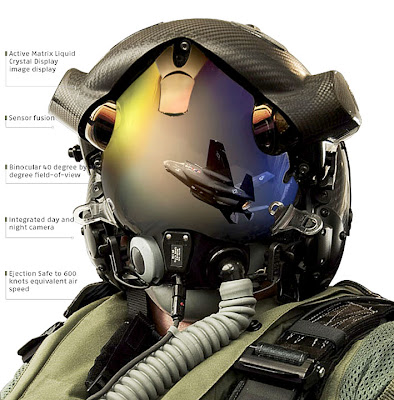 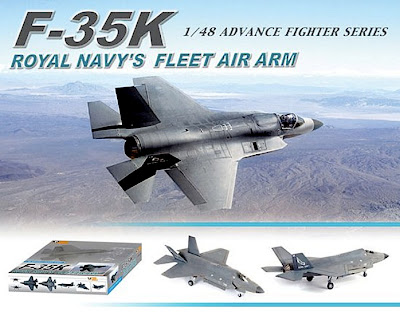 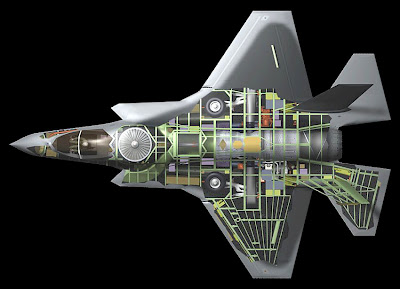 SMN report
After years of development, and seemingly endless delays and price hikes, the ‘5th generation’ fighter jet from Lockheed Martin, the F-35 Lightning II, has at last been ordered into limited production.

It’s a bit better than recent news that the UK has dropped the F-35 STOVL version in favour of a standard configuration for launching from its as-yet unbuilt Queen Elizabeth-class aircraft carrier. Along with other news that the UK Harrier force is being disbanded, it looks as though the UK is in for an entire decade without carrier-borne air power. Let’s hope it’s not needed.

5G helmet design
Back to the F-35: it’s not been a massive hit with the model companies yet, but the rumour mill indicates that things will improve in 2011, not least with a Lindberg version to 1:32 scale. That’ll be interesting if it happens. Meantime, apart from the old Italeri 1:72 and Panda Models 1:48 offerings there’s so much to wait for. Still, we couldn’t resist showing you the latest in ‘5G’ fighter helmets - Star Wars, eat your heart out, 5G pilots tote serious stuff!

RC Lightning II
However, even if there isn’t yet a really good F-35 injection kit - and no sign of a production-standard machine - there are various radio control scale and semi-scale versions to build and fly. The video (without sounds on our system, but you may have better luck) shows one of the most aerobatic ones available.

Visit one of the RC F-35 suppliers, Esprit Models here.