ANOTHER BIG JET FROM REVELL WITH A 1:32 SCALE RED ARROWS HAWK 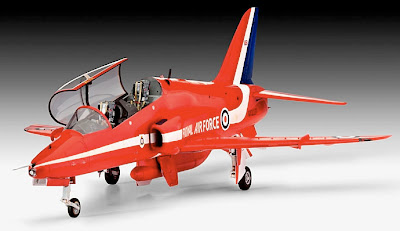 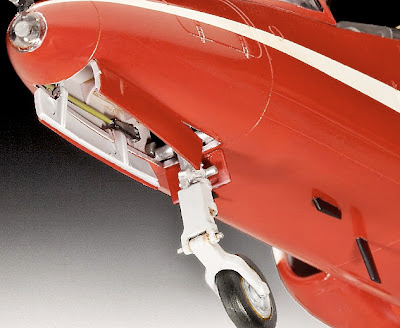 David Jefferis reports
The BAe Systems Hawk is one of the best known jet trainers, and the Red Arrows one of the world’s top aerobatic teams, so it’s great to see a new-tool kit of the two-seater on sale. The Hawk is not a large aircraft, but at 1:32 scale the wings span 294 mm (11.6 in) and the fuselage is some 368 mm (14.5 in) long, so the benefits of sheer size are clear. There are 158 components in the kit, including the ventral tank carrying the diesel fuel used by the smoke system. As a vet of many a Reds display, I reckon they use more smoke during a show than any other team I’ve seen - in Guernsey one year, a vast mist of the stuff wafted across the crowd in a multi-coloured haze, but everyone loved it! 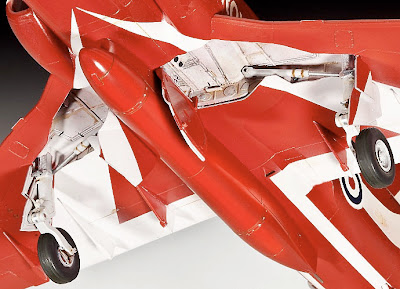 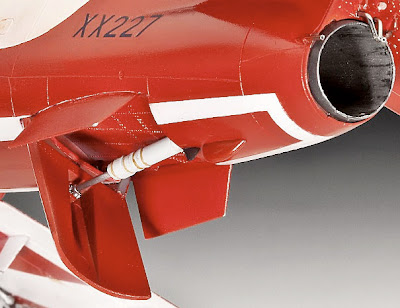 Hawk details and a Guernsey antique shop
Revell has included the sort of detail you might expect, with the twin cockpits in particular packed with detail - they form the best Hawk interior yet available in the model market. The ejector seats are especially worthy of note, and the finished model will certainly repay efforts to give those seats extra finish, with a little little weathering on the edges. Again in Guernsey, I spotted an old ejector seat in a top-end antique shop. It had been stripped to bare metal and given a high-lustre polish, being sold in reupholstered form as a talking point, ‘suitable for the gentleman with everything’. Ah, if only I had the room... And the cash, as it wasn't exactly cheap. 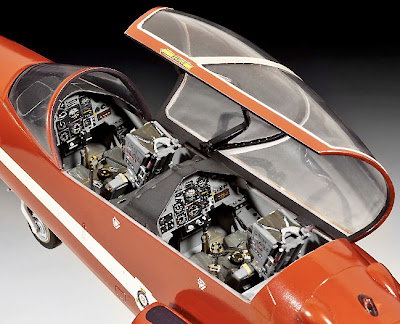 Back to the kit, flaps, air brakes, ailerons, and rudder are all supplied separately, so you can have these items up, down, in or out, as the mood takes you. Just right, as are the detailed landing gear bays. All in all, an interesting kit for anyone who has watched in admiration as the Red Arrows perform one of their awesome displays. 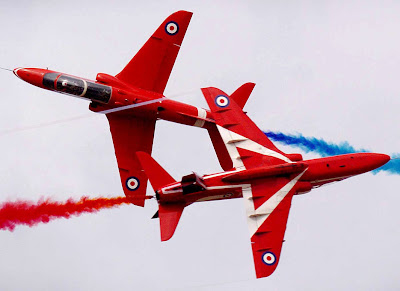 About the Red Arrows
The Red Arrows form the official Royal Air Force Aerobatic Team, its pilots having given displays since 1964. In this near half-century of action, the team has used various aircraft - it started with tiny little Folland Gnats - but has been flying Hawks since 1979. In that time, the Reds have given 4000-plus displays in 53 countries, all over the world. They have many formations, and are constantly developing new ones, though perhaps the best-known is the trademark ‘Diamond Nine’ grouping. And nine is the standard Reds number, with nine volunteer pilots, each having a three-year placement - three pilots in their first year, three in their second, and three performing their final season. It’s not impossible to get a flight with the team either - one female charity auction winner bid around $2.4 million USD (£1.5 million GBP) for the chance! 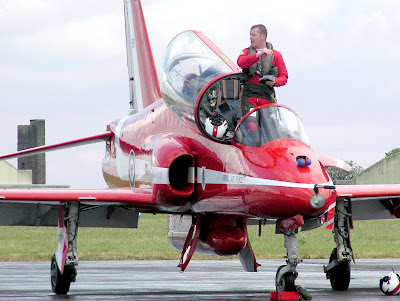