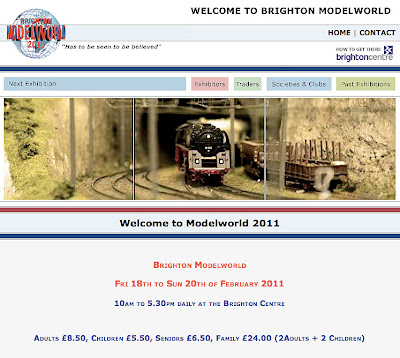 David Jefferis reports
Here’s something for Brits to visit by the seaside from Friday to Sunday, Brighton’s ModelWorld Exhibition, which trails itself as the model show that: ‘has to be seen to be believed’. This is the 33rd show, so it’s certainly been popular down the years.
Victoriana at the ModelWorld
Brighton ModelWorld should have something to suit everyone, from model trains and RC tanks, to scale aircraft and cars. A previous year’s exhibit featured a charming model of the Volks ‘electric tramroad’ that trundled along the beach in the early 1890s. 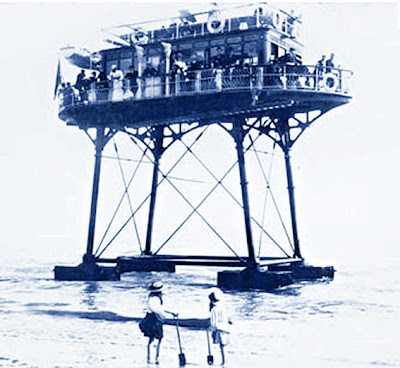 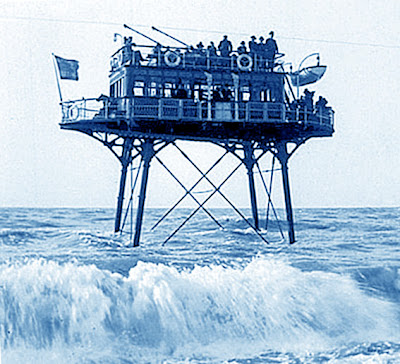 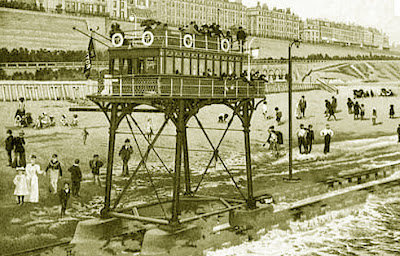 Designed for high tide
The electric vehicle Pioneer (nicknamed ‘Daddy Longlegs’) trundled along on 7.3 m (24 ft) iron legs, high above the rails, a design needed for operation when the tide was up. Power came from overhead cables, and lifebelts were carried, just in case.
Daddy Longlegs would certainly make an interesting project if you have a thing for that steampunkish era. A good starting point could be an Airfix 1:32 B-Type bus, available at reasonable prices on eBay. As a 1910 model, it's somewhat later than Daddy Longlegs, but it would make a good basis for something with a similar flavour. Take off the wheels, lay the chassis on flat decking and proceed from there - a terrific kitbash for a damp winter's evening... 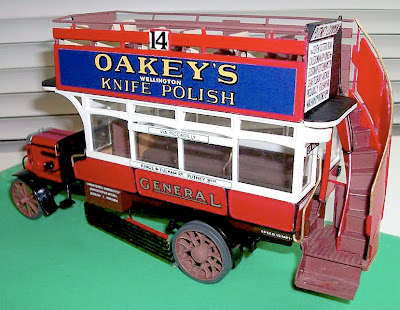 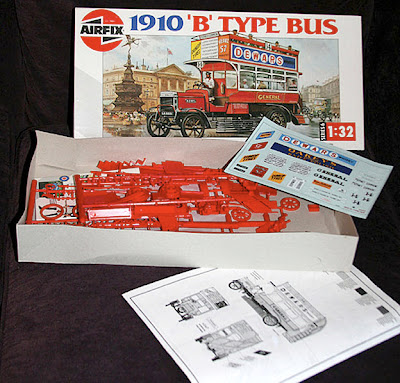 Things to do in Brighton
If you manage to get to the show, do enjoy it, and afterwards, don’t forget to take in some of Brighton’s many other pleasures - a stroll on the Victorian pier, freshly fried fish-n-chips, the Royal Pavilion, olde worlde alleys in The Lanes. Oops, nearly forgot - there’s also a decent ModelZone store in town, so have a look there too, as it’s open both Saturday and Sunday.
More about Brighton ModelWorld here.
ModelZone Brighton can be found here.
We were sent the B-Type bus pix, but aren't sure who took them - if they're yours, let us know for a full credit.
Email ThisBlogThis!Share to TwitterShare to FacebookShare to Pinterest
Labels: Brighton, Brighton ModelWorld 2011, Modelzone, Volks electric tramroad
Newer Post Older Post Home