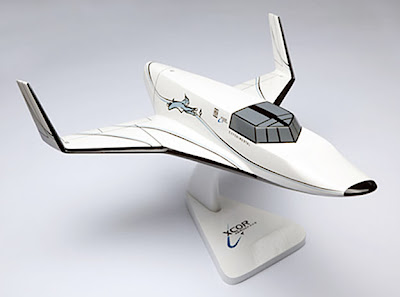 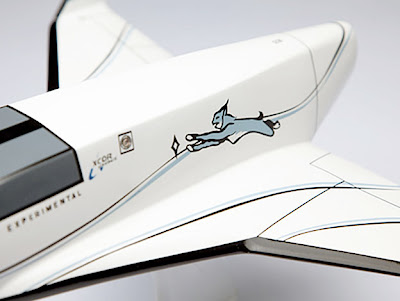 David Jefferis reports
For a limited time, the California-based XCOR Aerospace rocket engineering company is offering a numbered, limited edition of hand-carved 1:24 scale display models of its Lynx spacecraft, currently under development. Only 100 models were made and there are still some available. Many are now on the desks of various VIPs and XCOR investors, but the rest are on offer to space fans. 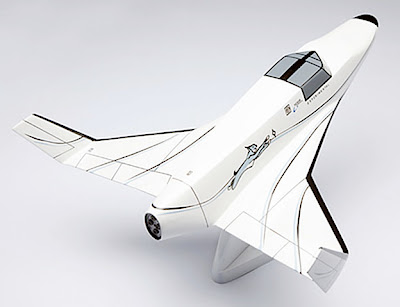 Collectible spacecraft made of wood
It looks an attractive model that just might have a collectible value one day, as the company is aiming for its two-seater rocket to be flying in little more than a year’s time. Each model is hand-crafted from Philippine mahogany, and comes mounted on an attractive base, painted with the Lynx color scheme and logo. An individual serial number is stamped on the bottom of the base. The 1:24 scale model measures some 280 mm (15 in) long, with a wingspan of 330 mm (13 in). The model isn’t cheap mind, coming in at $299 USD, but hey, what price a piece of history in the making?! 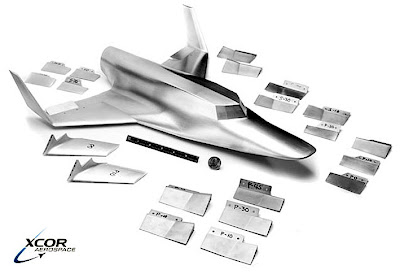 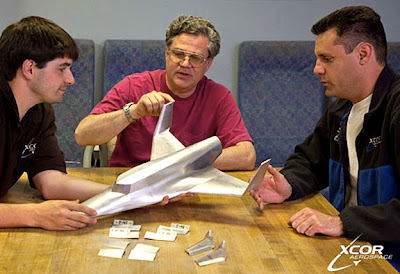 The Lynx spacecraft
XCOR Aerospace is a fascinating outfit that has developed reusable multi-start rocket engine technology, and a unique plan to go into the space business. The Lynx is a two-seater, so it’s just you and your pilot sitting side-by-side in the snug cockpit, plus a small cargo compartment behind. Unlike other spacecraft, Lynx will take off from a runway, the pilot pulling up into a steep climb and within minutes you'll be heading for the high frontier on a free-fall sub-orbital rocket flight - next step, gaining your astronaut’s wings. 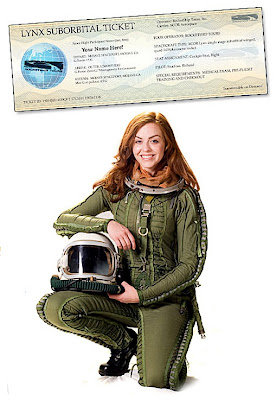 Returning to Earth
Gliding back to land on the same runway, the whole takeoff-to-touchdown flight will take just 30 minutes, but what a ride! Most importantly, as space costs go, flying in the Lynx is relatively cheap - XCOR is already taking deposits on flights that will set you back $95,000 USD, way less than anything else planned. And if that still sounds a lot, the launch site might help - it's going to be at a dedicated new spaceport on the beautiful Caribbean Island of Curacao, so after the flight you can take in sun, sea, and a pina colada or two. Yes please! 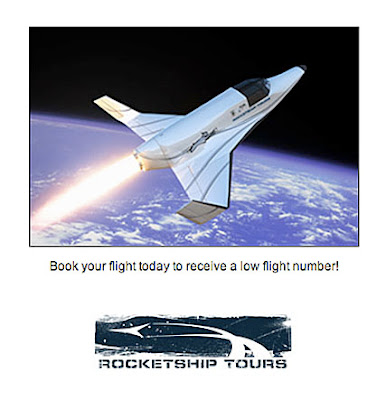