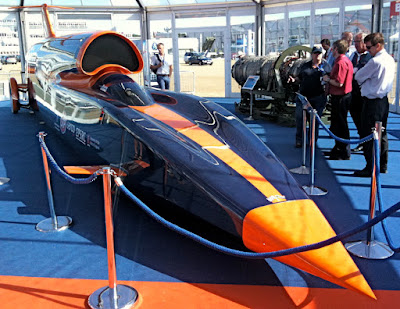 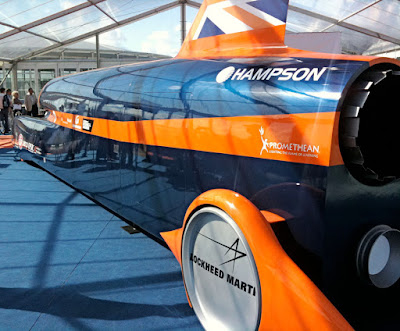 Interesting news from Corgi that the company is linking up with the British Land Speed Record (LSR) team, headed by former record-holder Sir Richard Noble. The team's aim is to build the Bloodhound SSC jet-and-rocket-powered car, its target, to smash the current LSR with an amazing 1000 mph (1609 km/h) two-way run - that’s a Mach 1.4 machine, running at ground level!
Model maker and Bloodhound SSC partnership
Corgi’s role is to be the official toy and model partner for a series of replica models of the Bloodhound, as the vehicle is developed into its final record-ready form. So there should be a mini-collection opportunity for tech-hungry diecast fans. 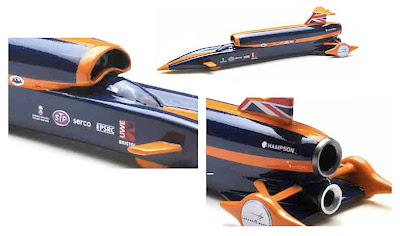 Construction on the real car started just a few days ago, the aim being to have it ready for runway trials in Spring 2012. If all goes well with the trials, then the Bloodhound SSC team will move on to high-speed runs in South Africa later the same year. There’s a choice of 14 possible sites for the actual LSR attempt, but that final choice is not yet finalized.
Corgi Bloodhound SSC model
The sneak peeks above show what Corgi has in mind for the Bloodhound SSC. It looks pretty good, but we’ll wait to see if the finished thing is a match for Corgi’s excellent scale aircraft, which is the sort of standard we’d like to see at Scale Model News. Fingers crossed then! 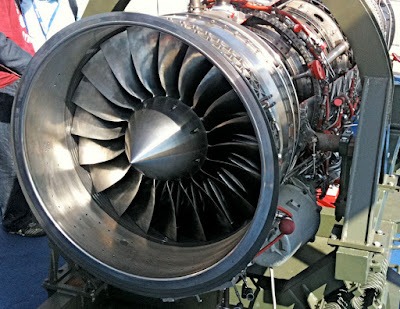 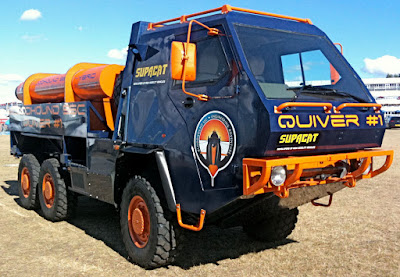 Land Speed Record kits - not
Fascinating as the LSR concept and cars are, it’s been a continuing puzzle to me that the mainstream kit manufacturers have stayed away from the subject. And the history is a long one - LSR attempts go all the way back to 1898, when a French-built electric car raced along at 39.2 mph (63.15 km/h). But so far as scale models go, the running has been made by the diecast companies over the years, and here we are again with Corgi doing the same thing. Anyone got an idea why this should be?
The pictures show:
1-2  Bloodhound SSC mockup at Farnborough Air Show, 2010.
3  Corgi diecast model.
4  Eurojet EJ200 turbofan engine.
5  One of two 10-tonne Supacat HMT600 support vehicles, loaned by the company to the Bloodhound SSC team.
More about Supacat here.
Bloodhound SSC is here.
Assorted LSR related stuff here.
And some interesting diecast cars here, mainly Spark models.
Email ThisBlogThis!Share to TwitterShare to FacebookShare to Pinterest
Labels: Bloodhound SSC, Corgi, Land Speed Record, LSR
Newer Post Older Post Home