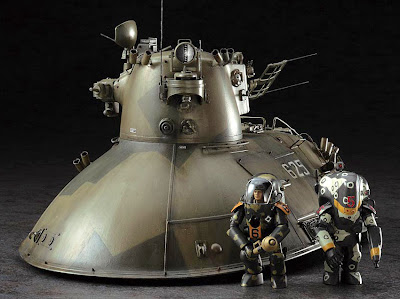 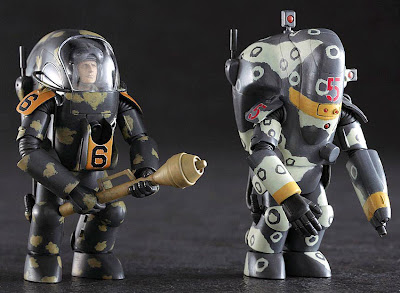 David Jefferis discusses
Long-term readers will know how enthusiastic we are of science-fiction models, and in particular the Hasegawa kits featuring the Ma.K (Maschinen Krieger) sci-fi universe, first created in the 1980s by Japanese artist Kow Yokoyama. Ma.K is set in the 2800s, with a storyline based on the fighting between various factions as the Earth repopulates after a nuclear war.
Hover-tank ahead
Thanks to Hasegawa, Ma.K models continue to be released, and now we have one with real appeal for armoured fighting vehicle fans. The 1:35 scale PKH 103 Nutcracker hover-tank is a neatly crafted addition to the Ma. K range, and a delight for all sci-fi buffs, with bolts-and-rivets steampunk overtones into the bargain. As envisaged, the Nutcracker (once named ‘Nutrocker’ btw) is a robotic AFV with no humans aboard - but to make up for that lack, Hasegawa supplies a pair of new-tool troopers wearing armoured Battle Suits. These are works of model art in their own right, and will reward extra care with the brushwork - and like the Nutcracker, are an absolute natural for the war-weary scarred and weathered look. 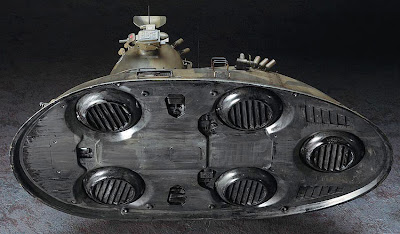 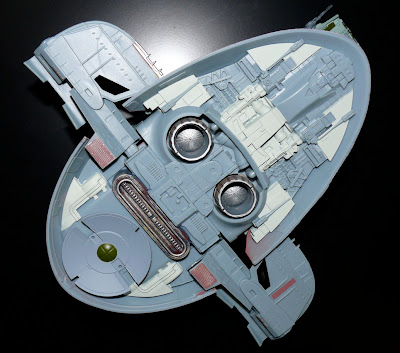 Nutcracker or Slave-1?
Under the hover-tank are a bunch of vents, which presumably represent the downthrusters that allow it to hover above the ground. From this angle the Nutcracker looks remarkably like Boba Fett’s Slave-1 bounty ship from Star Wars, which is available as an EasyKit from Revell. I posted an unboxing of this and I stick by my later conclusion: that the kit has fine potential, but with enough assembly issues to make the EasyKit moniker read more accurately as ‘not-so-EasyKit’.  Still, it looks great these days, brooding belligerently on the display shelf in a mean and moody midnight-black stealth colour scheme. More on that kitbash in the near future... 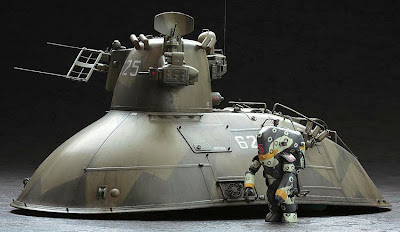 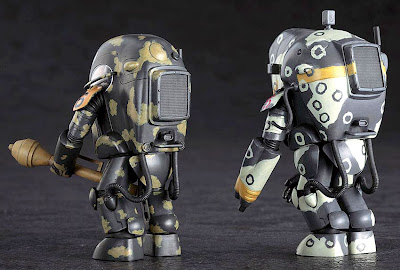 Back to the Nutcracker, and our conclusion is that if you like this subject zone, then making the 1:35 scale Hasegawa kit will bring big rewards. Like other products from this company, it’s a very carefully prepared item.

Our friends at HobbyLink Japan have this kit at 20 percent discount at the moment, here.
See more on Maschinen Krieger here. 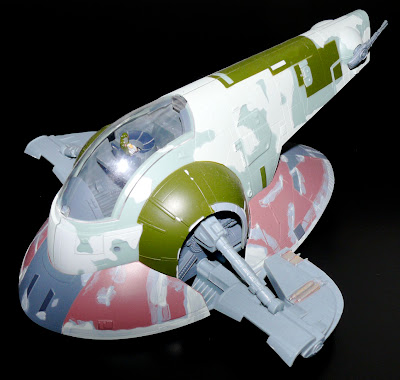 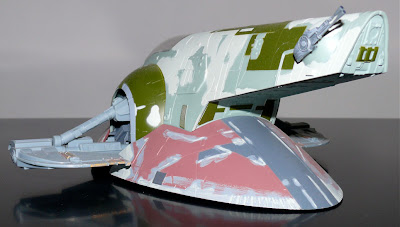