WHAT'S IN A NAME? THE NEW FRANKENSTEIN FROM MOEBIUS 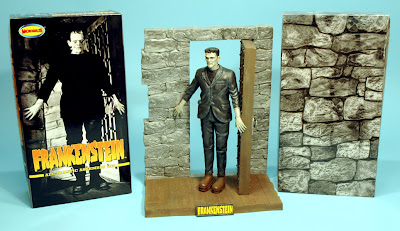 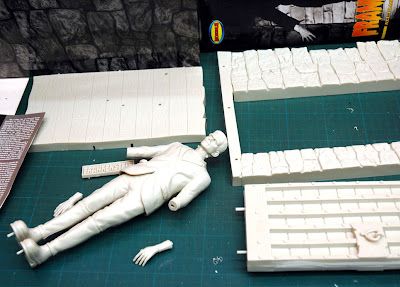 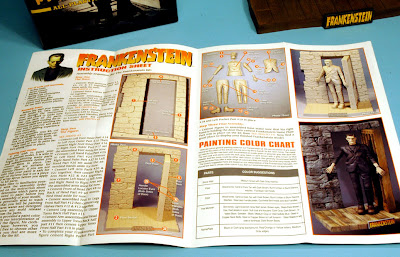 A Mat Irvine review
You had the same situation with the classic Aurora monster kits - all had their own names: Dracula, Wolfman, The Mummy, Creature from the Black Lagoon... except Frankenstein, for it was of course a monster of his own creation, not Dr Frankenstein himself. But over the years the two have ended up as virtually interchangeable names.
Moebius breeds a new monster in the cellar
Although the original Aurora kit has reigned supreme for nearly half a century, there’s now a new kid on the block, or in this case, monster in the cellar: the new kit of Frankenstein’s Monster from Moebius Models. Some Moebius kits have simply been recreations of Aurora kits, but this kit is brand new. However, it is made in a similar style to those of Aurora, to the same 1:8  scale, and posed in some appropriate scenic setting, but in a completely different location. Also, and although Aurora modelled the actor most associated with the creature - Boris Karloff - pretty closely, this monster bears an uncanny resemblance. It recreates the scene where the creature opens the door to the basement, and in fact the box-art is a still of the same scene from the movie.
Building the Moebius kit
Besides the figure you get a sizable chunk of floor, walls, and cellar door. The overall construction, as is the case with most of this style of kit, is not difficult as the scenery comes in very large chunks of plastic. In fact there are just 32 components in all. Maybe a bit of filler is required on a few of the seams, but in a model like this, these are easy to conceal in folds of the clothing. 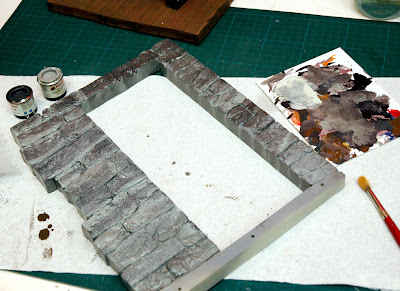 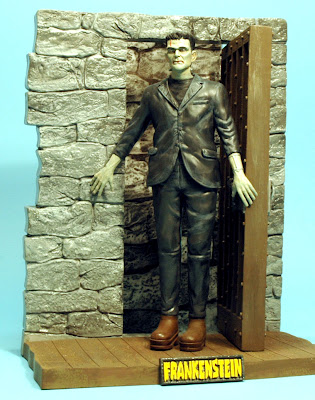 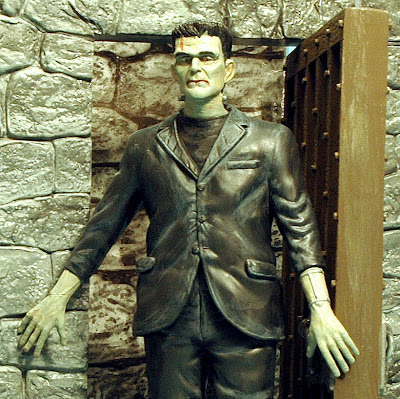 Important paintwork
What is the most important part with this type of kit though, is the paint finish. To this end the plans give a comprehensive breakdown in recreating - in colour - the images in what was, after all, a black and white film. It is also a good opportunity to try out paint ideas for the figure, as if they are slightly wrong, well, you can apply a quick wash-over with basic colours and start again. Here, base colours for the clothing were applied, then lighter shades dry-brushed (a brush with most of the paint already wiped off) over areas such as edges and creases, to highlight them. The same technique was also used on the walls and floor. Actually, the plans themselves should have a special mention, for they are very comprehensive, and show photos of various stages in construction.
All in all, an excellent addition to the growing Moebius range.

Thanks to Moebius Models for the review kit.
The pictures show, top to bottom:
1  The model, box-top and base. The box image is a still from the 1931 movie, and you can use the stone-patterned box base as a background behind the open door.
2  The main assemblies cemented together. The stonework comes in four parts, the door in two halves, with separate handles.
3  Colourful plans include plenty of detail to guide you through the construction stages.
4  Dry-brush techniques used on the stonework. Use these on the clothing as well.
5, 6  Frankenstein’s Monster, coming out of the cellar.
SMN take - a nice kit for any movie-buff, though you’ll have to work a bit to make him a close likeness of the finest Frank of them all, Boris Karloff. Here’s a pic of him as a guide for you monster-makers, not forgetting those bolts in the neck! 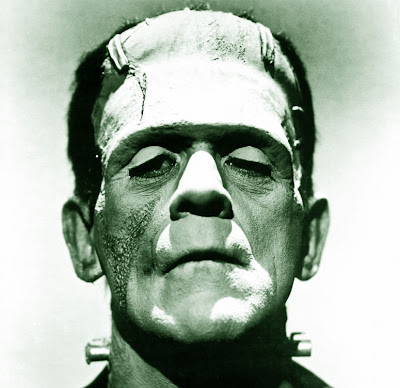