75th ANNIVERSARY SALUTE TO THE SPITFIRE 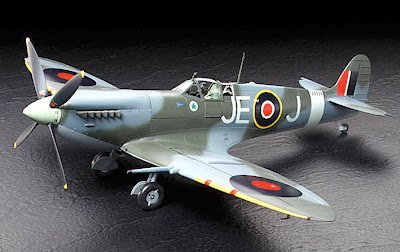 David Jefferis looks at the aircraft and two excellent kits
Today’s the day, 75 years ago, when the Spitfire took to the skies on its maiden flight. The designer, RJ Mitchell, had already built up experience with high-speed aircraft through his Schneider Trophy seaplane racers, and for the Spitfire, Mitchell sketched a design with unusual elliptical wings that could be armed with no less than eight machine guns. There was a closed cockpit, with oxygen supply for the pilot at high altitude, and a Rolls-Royce Merlin engine that made it faster than any other British aircraft. 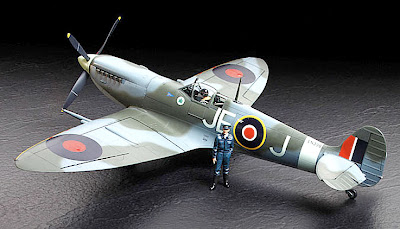 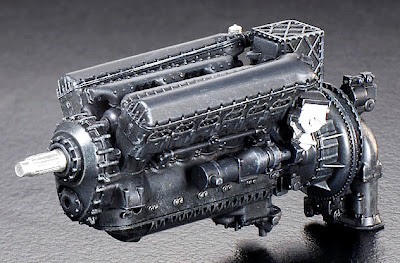 Successful maiden flight
Mitchell got his aircraft right first time - on landing after an eight-minute maiden flight (just 16 months after Mitchell had started work in November 1934) test pilot Joseph ‘Mutt’ Summers’ reaction to the Spitfire was a simple three-word comment that was praise indeed: “Don’t touch anything”. 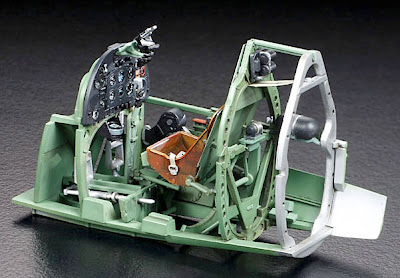 In the scale model world, the Spitfire is among the most popular subjects. It’s available in all sorts of scales, but two of the very best kits are the 1:32 scale pair from Japan’s Tamiya company, a Mk IX and a Mk VIII. And it’s not just me giving them the nod, for the Mk VIII won ‘Modell des Jahres’ from the respected German publication Modell Fan. Tamiya pioneered several new technologies for these 302 mm (11.9 in) long Spitfires, not least being the tiny magnets which hold the engine covers in place - so simple, yet so neat. 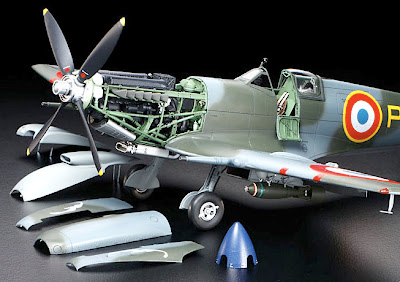 Well sculpted pilot
Tamiya may also hold another ‘first’ in that the Mk IX’s sculpted 1:32 scale humanoid (see pic 3 above) actually bears a passing resemblance to a real pilot. For Tamiya’s Mk IXc marked JE-J, was the personal machine of top British ace ‘Johnnie’ Johnson - and, lo and behold, if you squint a bit, you might just be able to tell who it is supposed to be. At the very least, we’ve certainly come a long way from the shrunken, semi-starved Airfix creations of 50 years ago.
Hi-tech future sounds?
Next up, they’ll bury a sound chip inside the body with recorded air-ace speech to listen to. Actually, that’s no joke, but a serious possibility - if the toy biz can do it with the likes of Buzz Lightyear, then the scale model world ought to be up for creating a serious upmarket version without too much trouble: perhaps a voice-over giving some bio information about the plane and pilot.
World War II fighter ace
James Edgar ‘Johnnie’ Johnson was the Western Allied top-scoring ace against the Luftwaffe, with an unmatched  roster of victories - he shot down 34 enemy aircraft himself, had seven shared victories, three shared probables, ten damaged, three shared damaged, plus one destroyed on the ground. The Tamiya Mk IX is far and away the best replica of his mount ever made in kit form. It’s also a monument to a kit history that goes back decades, to the original Airfix 1:72 scale version of JE-J, itself a very good model when released. 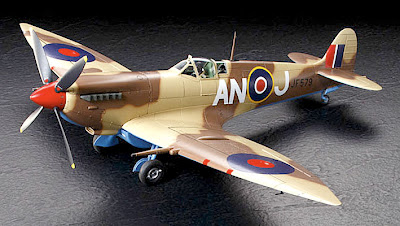 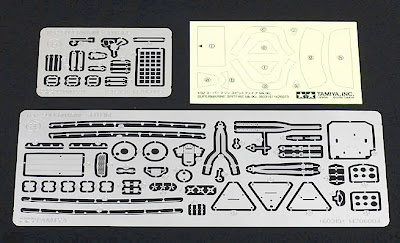 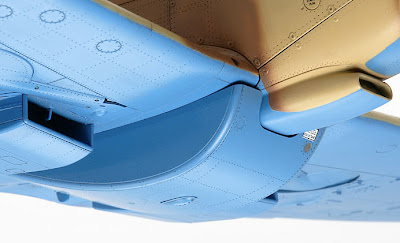 SMN score
Well, these 1:32 scale Spits are simply brilliant examples of construction-kit technology, and don’t forget that if you want different markings then the Mk IX comes with Polish and French colours too, plus a neat 16-page booklet with plenty of background info. For the Mk VIII, there’s a choice of USAAF, RAAF, and RCAF markings. 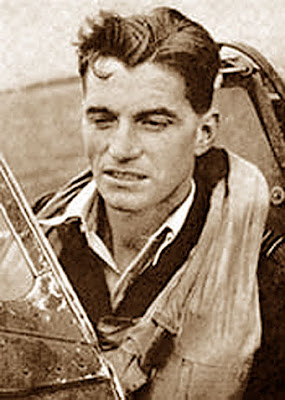