ANOTHER MODEL STORY FROM EARTHQUAKE-HIT JAPAN 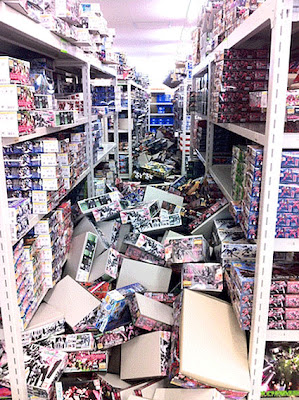 SMN report
Our best wishes go to all in Japan, and especially those directly affected by this event.
We are pleased to report that one of our favourite internet stores, Hobby Link Japan (HLJ), has survived, though it did not go unscathed, as HLJ President, Scott T. Hards, relates below.
Weird noises on the telephone
In Scott's words: “The quake started small, as they usually do. We'd had a few little ones in recent days here, so I didn't even think to end the phone call I was on. As it slowly grew in strength, I eventually mentioned it to the person I was speaking with. “Yeah, I can hear some weird noises coming from over there,” they offered. As it continued to grow in power, things around my desk started to jump about, and I finally hung up the phone with a quick “call you back.” 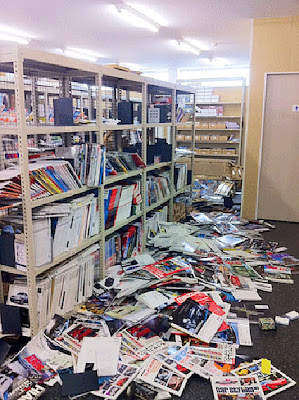 Saving a Bandai Saturn V
Scott goes on: “The big Bandai Saturn V model on the credenza behind my desk was doing a dangerous dance by now, so I stood up to hold it until the quake subsided. But there was no subsiding! It just kept growing in power and violence. Across the room I noticed that our big 55-inch plasma TV was sliding back and forth 40 cm at a time across its stand. The noise caused by thousands of normally immobile items straining and moving was astounding, and I couldn't believe the windows in my office weren't shattering.”
Near miss from a bookcase
“I turned around to look out, but my view was now blocked by my office bookshelf, a big, heavy, two-meter tall thing normally standing immediately behind me. It had fallen and landed directly on my desk chair, just 30 cm behind where I was now standing...er, surfing (to even stay up at this point, I had my feet a meter apart both hands gripping heavy furniture).  Had I not stood up to save my Saturn V, I probably would have broken the bookcase's fall with my head.”

Business as usual
We’re so pleased the bookcase missed you, Scott, and to report that while there may be some shipping delays, HLJ is still processing orders as usual. There is a bunch of sale items on offer (above and below) which are definitely worth a close look, as is Scott’s ’quake report, and a video of the event (both recommended) here. 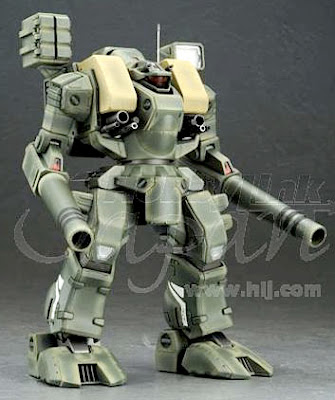