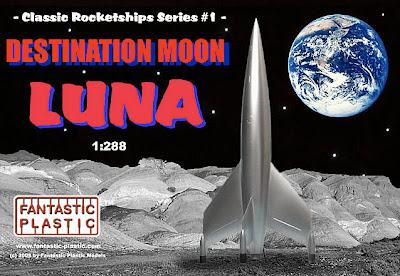 David Jefferis looks at some classic science fiction
It was couch potato time the other evening, with a chance to munch some sweetcorn while eyeballing a sci-fi movie from more than 60 years ago. George Pal’s Destination Moon of 1950 remains one of the best of its kind - a realistic future vision, dressed up as fiction by the addition of a lukewarm plot and wooden actors. Destination Moon may have been shot in black-and-white, with indifferent acting, but... it also featured a handsome spacecraft, the Luna, looking like a sleeked-up version of a World War II German V-2. And Luna became the prototype design for virtually all sci-fi rockets of that era, streamlined beauties that soared through the midnight depths of space.
A post-Apollo rant...
If only it had turned out that way: here we are now, more than four decades on from the first Apollo landing, with any thoughts of returning to the Moon pushed into a vague and distant future. US astronauts may have got there first, but here at SMN Towers we’d put our money on the Chinese or Indians to plant the next flag. 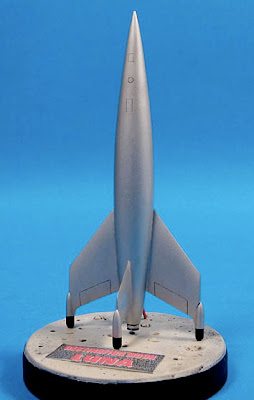 Spacecraft Luna from Fantastic Plastic
Still, all that shouldn’t get in the way of a bit of nostalgia, and that’s the spirit of the 1:288 scale Luna kit from those interesting people at Fantastic Plastic. FanPlan’s 157 mm (6.2 in) long offering is an ultra-simple piece of kit engineering, with just seven parts, including the meteor-pocked lunar surface base. One of the components is a rather inelegant landing prop, poking out of one side to stop the nuclear-powered craft from falling over. It’s odd that the original designers didn’t simply use a triangular pattern for the landing legs - the kit simply reflects that bit of rather poor thinking. 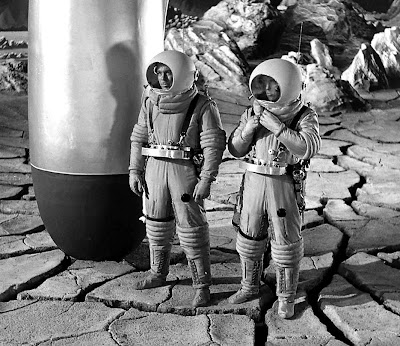 Building and finishing the spacecraft
Assembly should be a speedy affair, as will be the finish. All you really need to do is spray the ship silver overall to represent the original’s bare-metal finish. A little airbrush weathering will do no harm at all, especially around the airlock door and rocket exhausts, plus the control surfaces and landing-leg areas. When Luna looks good, you can set it off by carefully detailing the cratered base, after which the rocketship should make a great addition to a sci-fi model collection.
Micronauts
One thing you may not be able to do is populate your miniature moonscape with a set of convincing astronauts. At 1:288 scale, they will be only about 6 mm (0.25 in) tall, which precludes any great detail. Figures to this size are not difficult to find, as 6mm is a wargaming scale, but while it’s easy to get Romans, Germans, even fantasy elves, we’ve not seen any astronauts, though the Baccus 6mm company does offer various sci-fi sets. If anyone knows of a source for 1950s-era astronauts, let us know! 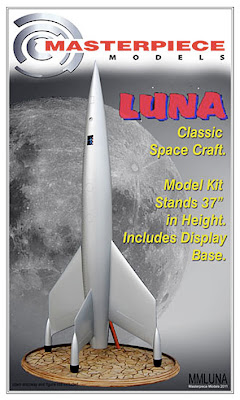 Bigger alternative
However, all is not lost on the size front, because Fantastic Plastic also offers the humongously huge alternative shown above. It’s the same subject, but now to the six times bigger 1:48 scale. This Luna has been created by Masterpiece Models, and is cast from the same studio miniature used in the original movie. There are even fewer parts (just five, plus a circular chunk of lunar surface) though wire is provided if you are patient enough to construct the rung ladder from the airlock to the cratered ground far below. The model stands some 940 mm (37 in) tall, so would make an impressive display piece for a classic sci-fi movie buff. 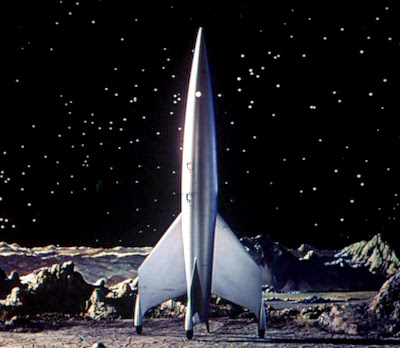