PIMA AIR AND SPACE MUSEUM - AT HOME IN THE DESERT

Mat Irvine goes visiting
Just south of Tucson, Arizona, is the Pima Air and Space Museum, the world’s third-largest aircraft collection. Here is a vast collection of aerospace items, some located in specially-built hangers, some sitting out in the desert sun (and weathering occasional sand storms). The 35-year old museum is mind-bogglingly huge, with more than 300 aircraft and 125,000-plus objects and artifacts to pore over, spread across five hangars in an area of some 80 acres (32.4 hectares). 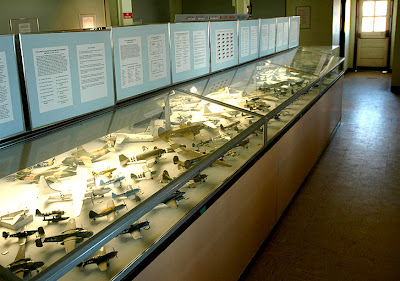 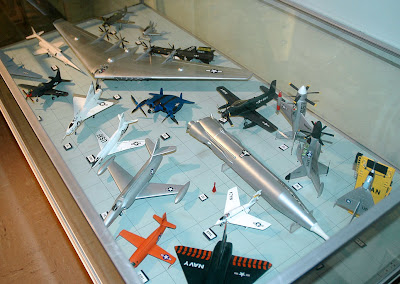 Wide variety of aircraft
Naturally enough, most of the aircraft are American designs, though there are odd interlopers - from France, Germany, Japan, Russia, and a good showing for the UK, with a Hawker Hurricane, Bristol Blenheim, Avro Shackleton, and an example of Anglo-American co-operation, the AV-8 Harrier. 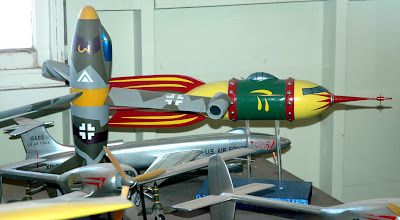 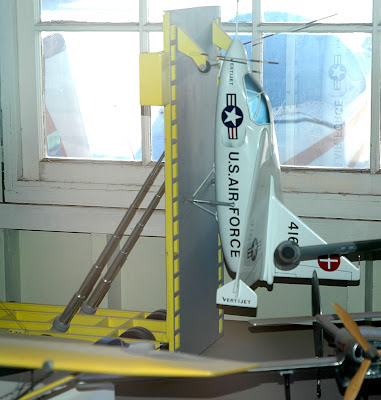 Just the place for model fans
One of the hangers is especially interesting for model fans, as it contains no full-size machines, instead housing a terrific collection of models. The sources for these vary - some are manufacturer models, some specifically-built museum exhibits, others are collections of commercial kits. For sheer variety, the ‘Pima Model Show’ is up there with the best; the photos I took here show just a few of them. 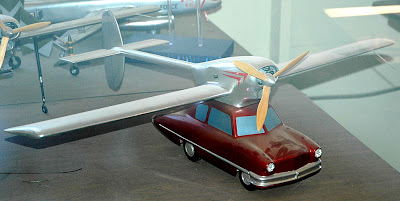 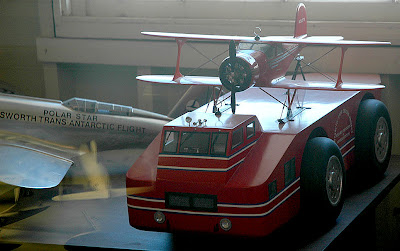 Things to buy?
Pima has a decent restaurant, and an interesting store with a range of aircraft-themed items and apparel. You can’t buy a real aircraft there, but there are several aircraft scrap yards nearby which might be tempting!

The pictures show, top to bottom:
1 Entrance to Pima Air and Space Museum.
2 One of the several large model cases. This one has mostly commercial kits, mostly World War II aircraft.
3 Experimental aircraft and missiles include a Northrop Flying Wing, with X-3 and X-15 around it, plus an X-11/12 missile, front middle.
4 An odd juxtaposition here, with an experimental German vertical takeoff (VTO) aircraft, next to a Flash Gordon spaceship.
5 A large-scale model Ryan X-13 VTO machine, sitting on its dedicated launch platform.
6 The ConvAIRCAR was one of many attempts at combining a car and aircraft. This design was nearest to the ‘flying’ AMC Matador devised for the James Bond movie The Man with the Golden Gun.
7 One of the oddest combinations ever created, the Antarctic Snow Cruiser. This was an exploration vehicle that had its own built-in aircraft. The Snow Cruiser went to Antarctica in 1940, but never worked as intended, and was lost soon after. It was rediscovered in 1958, was opened up to check the interior, but its position has since been lost again.
8 A neat miniature of the Rak-1, a rocket-glider developed by the German Fritz von Opel in 1929. 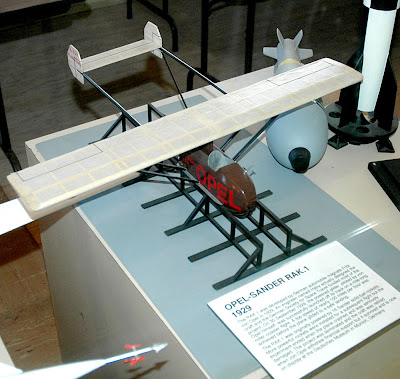